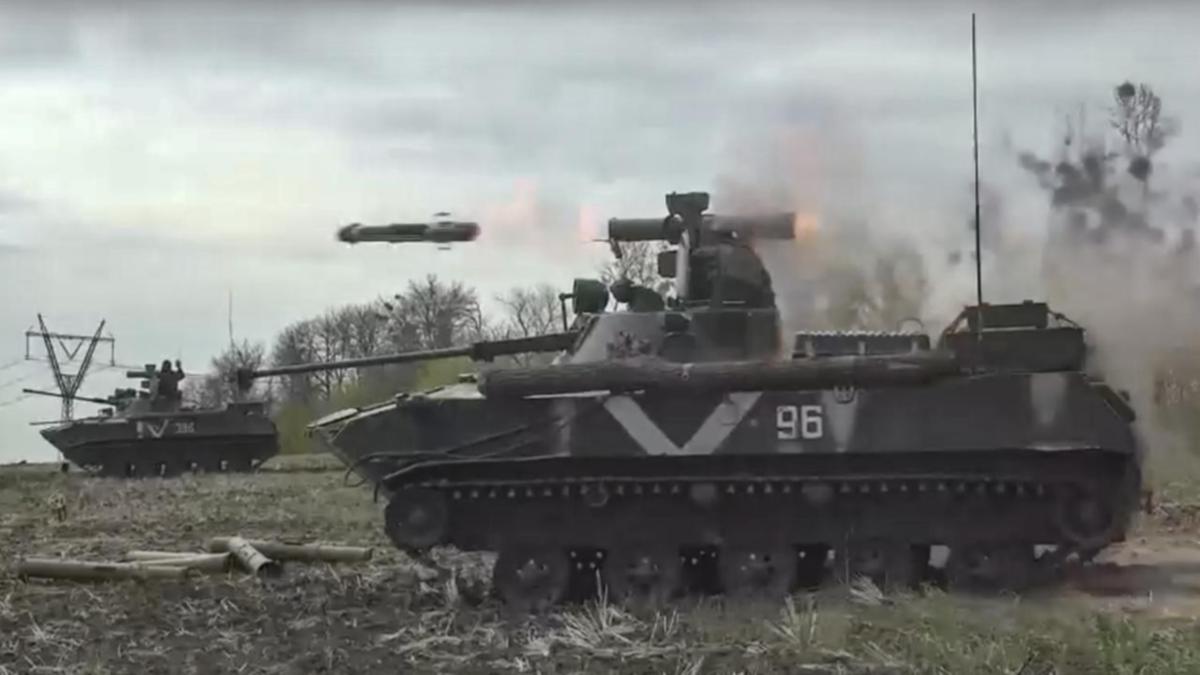 Ukraine has stopped the flow of gas on its route through Russian-controlled territory, creating the specter of an energy crisis in Europe, while Italian Prime Minister Mario Draghi says the US must work with Russia and Ukraine to end their conflict and conclude peace agreement.

After days of advancing north and east of Kharkiv’s second-largest city, Ukrainian forces were just a few kilometers from the Russian border on Wednesday morning, one Ukrainian military said on condition of anonymity.

Before the offensive, Russian troops were on the outskirts of Kharkov, a city 40 km from the border.

The advance seems to have been the fastest since it drove Russian troops out of Kiev and the north in early April.

If maintained, it could allow Ukrainian forces to jeopardize the supply lines of the main Russian strike force and even set rear logistics targets in Russia itself within range of Ukrainian artillery strikes.

On Wednesday evening, the General Staff of Ukraine announced that its forces had captured the Nursery, a village on the main highway north of Kharkiv, about halfway to the border with Russia.

The governor of the Russian region on the other hand, Belgorod, said that a village from Ukraine was shelled, one person was injured.

Further east, Ukrainian forces seemed to control the village of Rubezhnoye on the banks of the Donets River.

“It burned down, like all Russian tanks,” a Ukrainian soldier told Reuters near Rubezhnoye near the ruins of a Russian tank.

Ukraine has so far confirmed several details about its advance through the Kharkiv region.

“We have success in the Kharkiv direction, where we are steadily pushing back the enemy and liberating settlements,” – said at a briefing Deputy Chief of Staff of the General Staff of Ukraine, Brigadier General Alexei Gromov, without giving specifics.

President Volodymyr Zelensky said the success had brought Ukraine’s second-largest city – under constant bombardment since the first days of the war – outside the Russian artillery zone.

Speaking a day after meeting with US President Joe Biden, Draghi said Russia had shown that it was not invincible and that it was vital to find ways to end the 11-week war.

“We agreed that we should continue to support Ukraine and put pressure on Moscow, but also start asking how to build peace,” Draghi told reporters, adding that it was very important for the United States to talk directly with Russia.

He stressed that no one should try to impose a peace agreement on Ukraine.

“That would be a recipe for disaster,” he said.

Russian forces have repeatedly failed on the battlefield, challenging many analysts who predicted Russia’s imminent victory.

“In the beginning it was a war in which they thought there was Goliath and David … (Now) Goliath is gone,” Draghi said.

Ukraine’s separate move Wednesday to cut off Russian gas supplies through Russian-backed separatist territory was the first time the conflict has directly disrupted supplies to Europe.

Deliveries from Russia’s export monopoly Gazprom to Europe via Ukraine were cut by a quarter after Ukraine said it had to stop all flows from one route through the Sakhranovka transit point in southern Russia.

If supply cuts continue, it will be the most direct impact on European energy markets of what the Kremlin calls a “special military operation” to demilitarize a neighbor that threatens its security.

Ukraine says it poses no threat and that the deaths of thousands of civilians and the destruction of towns and cities indicate that Russia is waging a war of conquest.

Russian forces also continue to bomb the Azovstal metallurgical plant in the southern port of Mariupol, the last bastion of Ukrainian defenders in the city, which is now almost entirely controlled by Russia after more than two months of siege.

The Azov Ukrainian Regiment, a militia created by Ukrainian ultranationalists in 2014 and later part of the National Guard of Ukraine, hid inside, saying Russia was bombing from the air and trying to storm it.

“Azovstal” is on fire again after the bombing. If there is hell on earth, it is, ”wrote the assistant to the mayor of Mariupol Vadzim Boichanka, who left the city, Piotr Andryushchanka.