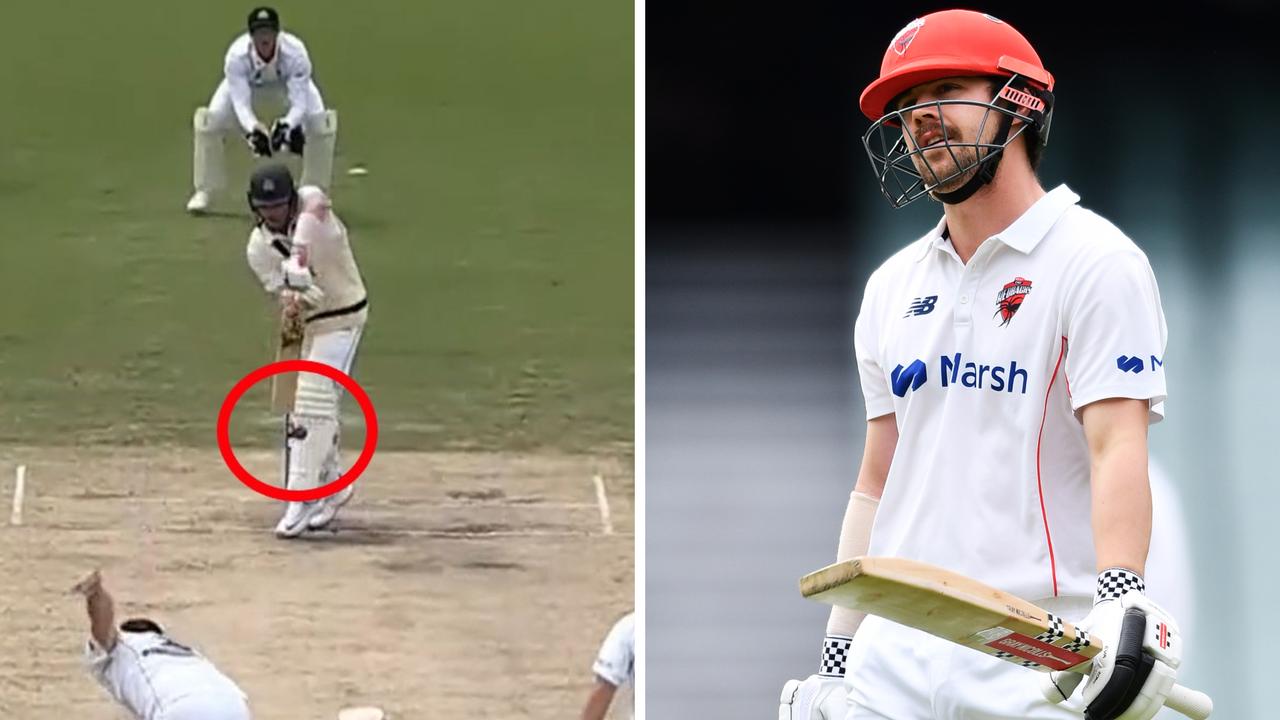 Gee Richardson, who made a quick Test comeback, had to remove Test opener Will Puchowski in the first over of his first match since the second Ashes Test last summer.

Instead, the West Australians were denied what appeared to be a serious LBW challenge and instead of being absent for a second duck of the Sheffield Shield season, Pukowski scored 37 in a 104-run opening stand with fellow former Test opener Marcus Harris as the main Run-fest continued on the second day at the Junction Oval.

Scoring 193 not out for the Victorian second XI of the season, Puchowski took zero and nine in the Shield opener against South Australia before his suspension against WA saw the 24-year-old reach 2000 first-class runs.

Harris, who played in the first four Ashes Tests last summer before ceding his place to Usman Khawaja, was unbeaten on 67 on Tuesday, with 85 and 42 after a winter spent chasing plenty of runs in English county cricket.

Victoria were 1-124. at stumps, still in arrears for WA’s mammoth 466 after D’Arcy Short smashed 87 off just 117 balls before he became opener, Ruvantha Kelepota’s second wicket in his return to first-class cricket, nearly 10 years after he last played in Sri Lanka.

The 31-year-old, who finished with figures of 2-122 on his Victorian debut, said it was a “great feeling” when he got the call from coach Chris Rogers last week to tell him he would be playing.

“It’s a great feeling for me after 10 years (again) of playing first-class cricket,” he said.

“When I decided to come back to Premier Cricket, I knew I had the ability and that’s why I trust myself

“They (WA) had a really good side as the defending champions so it was quite difficult … but I always back myself.”

In Adelaide, Tasmania look set for a comprehensive victory over South Australia as Travis Head continues his run with the bat ahead of the international summer.

Head was miserable on day three, making just five in the first innings when he was bowled by Jackson Bird.

The South Australian captain’s form is not ideal considering he has been running with the bat for Australia since his blistering century in Hobart during the recent Ashes series.

The Redbacks could have done with some runs from their captain as they slumped to 7/105 before Ben Manenti (85 not out) rescued them for the second time of the match with a half-century on his Shield debut.

Requiring 235 to win, Tasmania’s openers made up most of the deficit before going out for no loss with Tim Ward (60) and Caleb Jewell (43) adding 104 not out.

Meanwhile, in Sydney, Mitch Swepson’s three wickets took Queensland to the top of the stumps on the opening day against the Blues.

A 102-run sixth-wicket stand rescued New South Wales on a rain-interrupted opening day before they finished with 9/246.

Matthew Gilks ​​(72) and Sean Abbott (62) steadied the ship to help the Blues fight back after being sent out to bat.

Queensland’s fast bowlers broke the lead with Michael Nether catching Daniel Hughes in front in the first over before Mark Stekitty got into the act with a pair of wickets.

Experienced heads Curtis Patterson and Moises Henriques reached 40 but fell to the leg-spin of Swepson, who bowled the former with a superb delivery after lunch.

The hosts struggled at 5/101 on a harsh day in Drummoyne that was interrupted by light showers and poor lighting, and their bowlers will need to produce something special against a star-studded Queensland batting line-up.

There were confusing scenes in the Sheffield Shield on Tuesday as former Test quick Jackson Bird was surprised to concede a single in strange circumstances.

Tasmanian seamer Bird bowled the ball against South Australia’s Jake Weatherald when the batsman blocked the ball back to his opponent.

Bird grabbed the ball with one hand and flicked it towards the stumps behind Wetherald, who slipped out of his crease playing a front foot defence.

But the throw was wayward and went straight to the center of Weatherald, who instinctively defended with the bat.

Watch the moment in the video above!

As a result, the ball was deflected down to fine leg – and the batsman made the most of the opportunity by opting to slip through a single.

“Is that allowed? I don’t think so,” said the commentator.

According to the scoreboard, a run was not scored and Weatherald returned to bat.