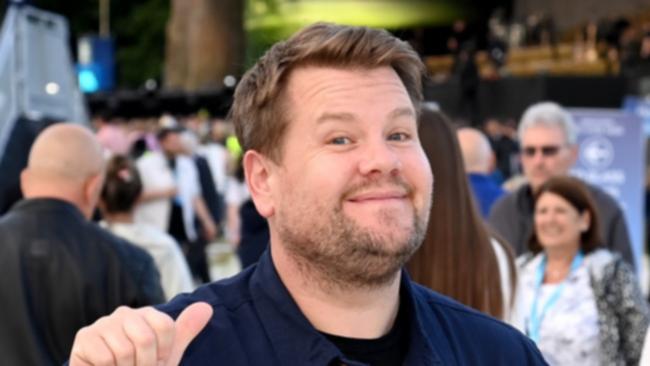 James Corden insists he “never meant” to upset Balthazar in New York, claiming his wife’s food allergies were behind the “crude comment” that got him blacklisted.

The 44-year-old comedian and TV presenter was temporarily banned from the high-end eatery after allegedly abusing staff over the quality of the food, but has now spoken out on the advice of his father Malcolm.

During her opening monologue on the Late Late Show with James Corden, the British star addressed the controversy.

“Last week there were stories about me being banned from a restaurant. And at the time I was thinking, you know, tweeting about it or Instagramming it. As my dad pointed out to me on Saturday — he said, “Son, well, you complained, so maybe there’s some explaining to do,” he said.

“Listen, if you make a mistake, you have to take responsibility. So I thought, if it’s okay, I’d share with you what happened.

“So we sat down, ordered, and my wife (Julia Carey) explained that she had a severe food allergy. So when everyone had eaten, my wife was given the food she was allergic to. But she didn’t bite, don’t worry – we returned it. Everything was fine.”

However, when the order was returned – and it was wrong again – Corden lost his cool.

“In the heat of the moment, I made a sarcastic rude comment about making it myself. This is a comment I deeply regret. I understand the difficulties of being a server. I worked in shifts in restaurants for many years,” he said.

The actor went on to add that while he initially believed he had done nothing wrong, he later came to the conclusion that he had made a “rude comment” and claimed he would return to the restaurant the next time he was in the Big Apple to apologize in person. .

“I was walking around thinking I didn’t do anything wrong, right? But the truth is that I have. I made a rude comment and it was wrong. It was an unnecessary comment. This was unfriendly to the server. As I said that day to the owner that [if] I have never upset anyone, never, it was never my intention,” he said.

“I love this restaurant. I love the staff there. I hope one day they will let me in again. So when I get back to New York, I can go there and apologize in person, which I definitely will.”

Last week, Corden was publicly shamed by Balthazar owner Keith McNally, who blacklisted the star for rude behavior towards staff.

“James Corden is an extremely talented comedian, but a little cretin and the toughest customer of my Balthazar servers since the restaurant opened 25 years ago,” McNally wrote on Instagram.

McNally later revealed that Corden had apologized to him privately.