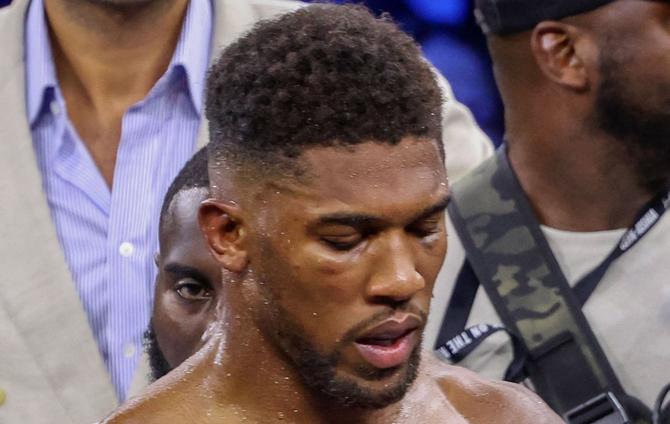 A Battle of Britain bout between Joshua and Fury looked set to take place on December 4 at the Principality Stadium in Cardiff, but the bout was scrapped after negotiations broke down.

A meeting between the two British heavyweights would follow Joshua’s rematch defeat by Usich, who successfully defended his WBA, IBF and WBO belts in a title fight in Saudi Arabia in August.

While Joshua has suggested that he will face Fury in the ring one day, the former admitted that he needs a rest after his grueling defeat to the Ukrainian.

“You saw after my last fight it tore me up,” Joshua said.

“I’ve had so much riding on it, an undisputed fight for me as a British fan, it just tore me apart. So my loved ones tell me that from the point of view of the mind, “you should morally rest.”

“Physically, I am ready to fight. I’m a warrior, I love this game, I love competing. But from a mental aspect, I think people really saw that it meant a lot.

“I was supposed to be in the ring on December 3. When you say “when are we going to see you in the ring?” that was the date, but obviously it didn’t happen.

“But I have a good team and I have to just leave some things to them because all the other things, back and forth and social media, take quite a bit of time. But you have to play the game as well.

“And my dance partner, the last freak I had to fight (Fury), he’s a good dance partner, he’s good with social media and I think we do a good business backstage to be fair.

“It will happen, we are in the same era. Just like two competitors, two fighters. He’s definitely a fighting man.”

Joshua is yet to confirm his next opponent after failing to agree terms with Fury, who has agreed to another All-UK fight with Derek Chisora ​​at Tottenham Hotspur Stadium on December 4.