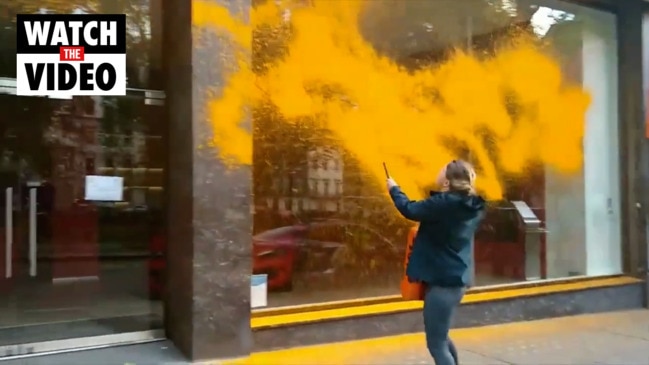 On the morning of Wednesday 26 October, Just Stop Oil activists doused a number of luxury car showrooms in London with orange paint as the group’s campaign against new oil and gas licenses continued. A video released by Just Stop Oil shows people spraying orange paint on the windows of dealerships in Berkeley Square. In a press statement, the group said it was targeting Bugatti, Bentley and Ferrari showrooms. In the video, the man can be heard asking, “What are you doing? You are a disgrace.” Carmen Lynn, an architecture student from Glasgow, said: “We are paying exorbitant oil and gas bills but that is nothing compared to the price our children will pay for it. New oil and gas is a death sentence for people all over the world. “You can put us in jail, but that won’t stop our outrage that the government is throwing millions of people under the bus,” she continued. “We are not asking for new oil, we are demanding it.” Just Stop Oil said its supporters have been arrested 1,900 times since the campaign began in early April, seven of whom are currently in jail. Posted by Just Stop Oil via Storyful