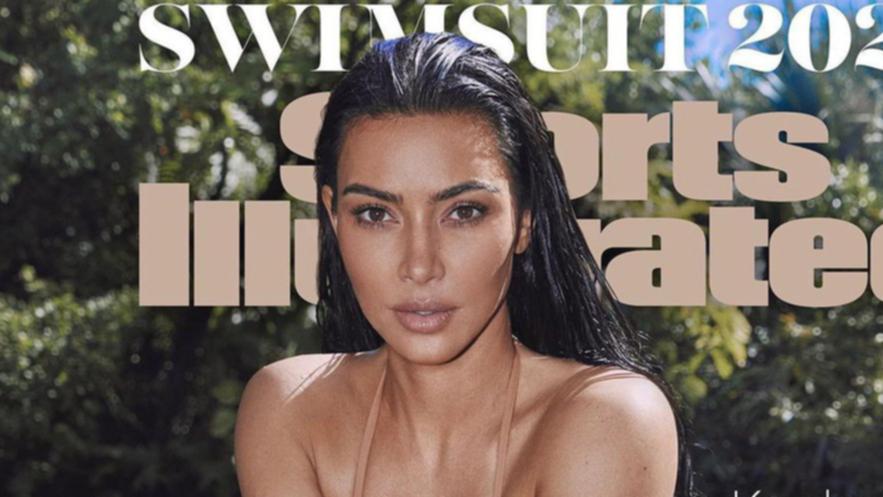 Kim Kardashian “never thought for a million years” that she will be on the cover of Sports Illustrated magazine’s swimsuit.

The 41-year-old beauty was photographed in a SKIMS nude bikini and matching see-through gloves on one of the first four pages of the coveted annual, and she admitted it was “crazy” not only when she was asked to pose, but also what she did it’s later in her life.

She told the publication: “I vividly remember Tyra Banks on the cover and the women with the curves, I remember thinking it was so cool. But I still thought you should be a professional model and a model on the runway.

“These have always been very young girls. I don’t want to date myself or seem old. But in my 40s? This is crazy! I never thought in a million years that I would shoot myself. “

MJ Day, editor-in-chief of SI Swimsuit, said: “The journey we have taken – to break out of the shape the world has given us – may seem familiar. This is known to the women we have chosen as models for the cover: Mae, Ciara, Yumi, Kim.

“Of course, Kim, unfamiliar with the views of the world, continues to live with pride, authentically and without apology through the noise.”

In her cover, the Kardashian star – who has North, eight, saints, six, Chicago, four and three-year-old Psalm with her ex-husband Kanye West – wrote a letter to her junior about how she grew and changed.

She wrote: “It’s easy to say just ignore the criticism, but another thing you’ll learn is that at some point in your head it clicks that it’s no longer about you. It’s about family. It’s about helping other people.

“Over the years you will be exposing yourself there… But you will become a more closed person and you will realize that the path to your story – a true story, a truth – is not. “Not engaging, but doing.”

And Kim told herself she still hadn’t had fun because she was constantly looking for something new.