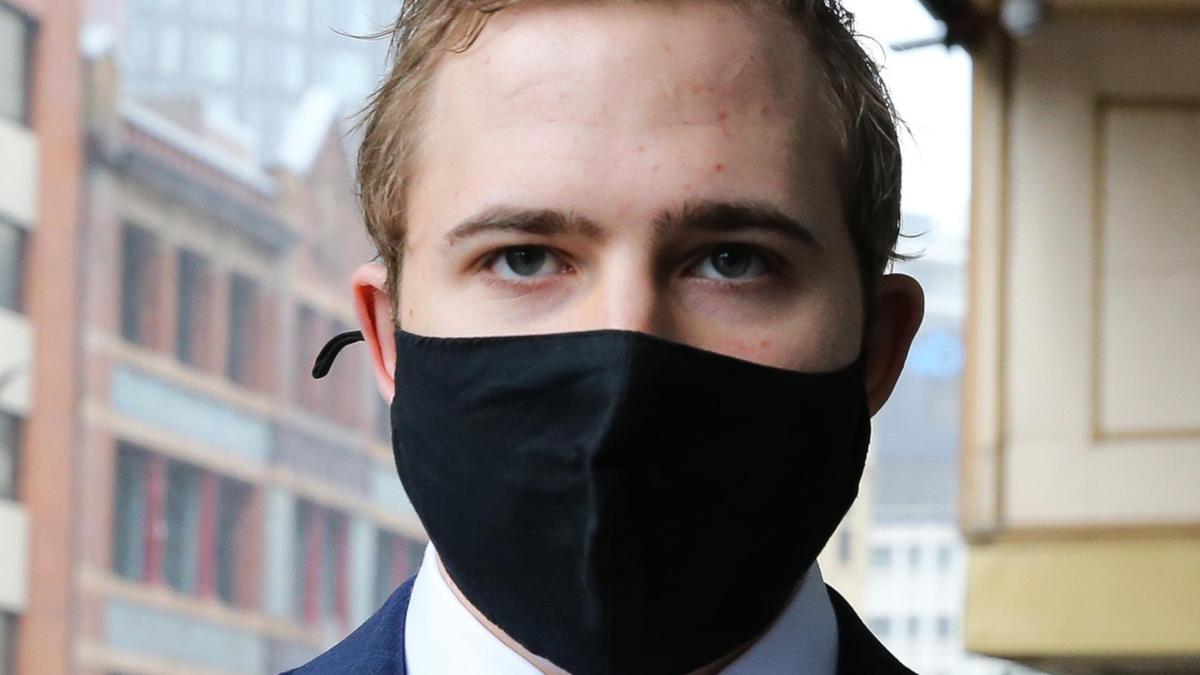 Kyle Daniels’ defense team has pointed the finger at police and media reports for influencing evidence that he sexually touched nine underage girls.

Mr Daniels, 24, is accused of abusing the girls as a swimming instructor at the Mosman Swimming Center on Sydney’s north shore between 2018 and 2019.

Many of the applicants in the case came forward after Mr Daniels was arrested at his parents’ home in Balgowl on March 12, 2019.

In his closing arguments on Monday, lawyer Leslie Nicholls said the footage showing Mr Daniels in handcuffs “presents a negative image to the public”.

“This image and subsequent media reports were a significant factor in parents questioning their children,” Mr Nicholls told the court.

Mr. Daniels pleaded not guilty to five counts of having sex with a child under the age of 10, eight counts of sexually touching a child and eight counts of indecent assault, including two pending alternative charges.

Mr Nicholls questioned why police handcuffed Mr Daniels and “walked” him down the road from his parents’ home in front of the police media unit.

He claimed that Mr Daniels was deliberately handcuffed despite being compliant with police in order to make the arrest “newsworthy”.

“Why don’t you go get the car and bring it outside the house? Was it agreed that he would be taken all the way? I say yes,” Mr Nicholls told the court.

“That’s what we were talking about. The police were therefore able to pass the news on to the media … with the aim of reaching out to further victims.’

After the arrest, several more plaintiffs came forward with allegations against Mr. Daniels.

In most cases, the accusations came after parents approached their children to ask if Mr. Daniels had done anything to them.

“Obviously, parents were influenced by what they saw in the media. It caused all of them anxiety and worry for their children,” Mr Nicholls told the court.

“Being so influenced, they influenced their children in a way that questioned them, bringing up ‘he did something bad – he hurt the children.’

“The media reports … had a real practical effect on the credibility and influence of the applicants.”

Summing up the nearly two-month long trial, Mr Nicholls also questioned Mr Daniels’ ability to carry out some of the alleged acts in just seconds.

He noted that during the alleged crimes, the girls swam, kicked, and in some cases dived into the pool.

Mr Nicholls said some of the alleged “touching” may actually be “completely consistent with the accused having his hands on his hips, which is an approved correctional position”.

“It is often impossible to prove one’s innocence. The onus is on the Crown to prove the elements beyond a reasonable doubt,” he said.

“The Crown must establish not only that the appellants were touched in the manner indicated, but also that the accused knew and intentionally touched the private parts of the appellants.

“On each count of the charge before you, a guilty verdict must be entered.”

Jurors are expected to begin deliberating on a verdict on Tuesday.