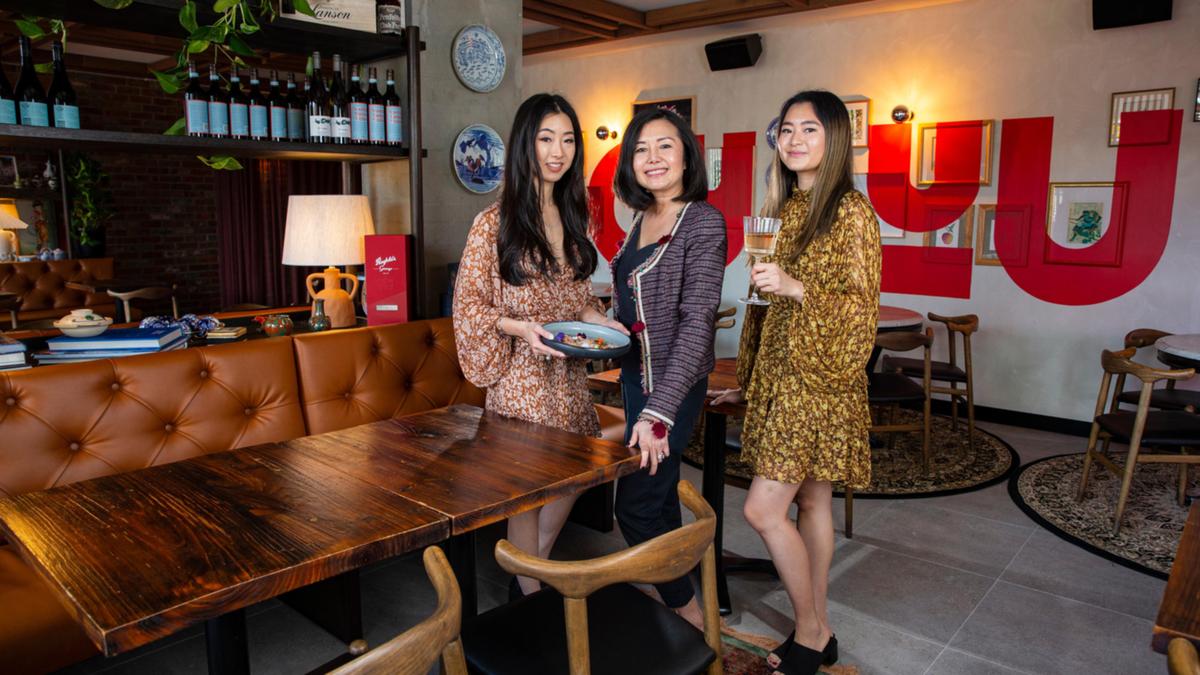 While you won’t see the Hollywood actor at the popular restaurant, diners can admire Miss Chow’s Group’s latest venture, named after the star.

“The restaurant is themed around ‘Kill Bill’ … ‘Kill Bill’ was one of her heroes and the best movies she’s been in, so we’re projecting ‘Kill Bill’ movies on the wall while you’re eating,” said Ms Chan.

“The strip really has good vibes and the whole suburb has a village vibe. It’s a beautiful streak that I’ve always loved.”

While Ms Chan has been dubbed Perth’s dumpling queen, she opened her first restaurant, Miss Chow’s, in 2015, but it will be a different concept to her other four locations.

She said Lucy Luu will have more of a bar feel, with a particular focus on a creative cocktail menu and international wine list.

The sips include the Nine Wives with umeshu and prosecco and the Wicked Mushu for those who don’t mind the heat with chili, agave and yuzu vodka.

That’s not to say the food menu is a given. In the kitchen will be new head chef Aldren Teo, who previously worked at Emily Taylor in Fremantle as well as Australian Venue Co.

The menu will be a contemporary collection of Southeast Asian dishes, with Ms. Chan saying Sriracha shrimp toast with saffron aioli and dried red crayfish thermidor are some of her favorites that use local produce.

“The food industry has evolved a lot before and after COVID, and you need to be on top of it,” Ms Chan said.

“We’re looking carefully at what WA has to offer us in terms of produce and we want to support local producers… Lucy Luu is nut-free, MSG-free, dye-free and preservative-free.”

Ms. Chan’s daughters were also involved in the launch of the new location, with Adele Pui in charge of marketing and Julia Pui in operations.

“It’s very special, it’s very good teamwork and with their help we’ve been able to expand,” she said.

Sitting next to popular Italian shop Spritz Spizzicheria outside, Ms Chan said diners could expect a mix of old world and new inside, with a collection of eclectic knick-knacks combined with modern touches.