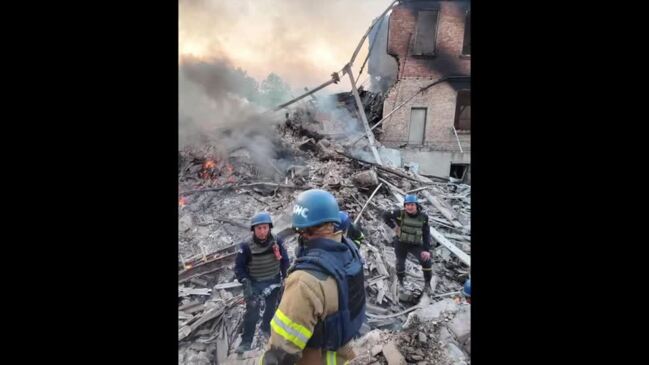 Ukrainian authorities in the eastern Luhansk region say a Russian airstrike on May 7 struck a school in the village of Belogorovka, where about 90 people were hiding. At least 30 people were rescued from the rubble, said Sergei Gaidai, chairman of the Luhansk regional state administration, who said that almost all other villagers were hiding in the school at the time. The State Emergency Service (SES) said the two bodies were found from under the rubble before search operations were suspended. They were to continue on Sunday, the SES said. Credit: Luhansk Regional Administration through Storyful