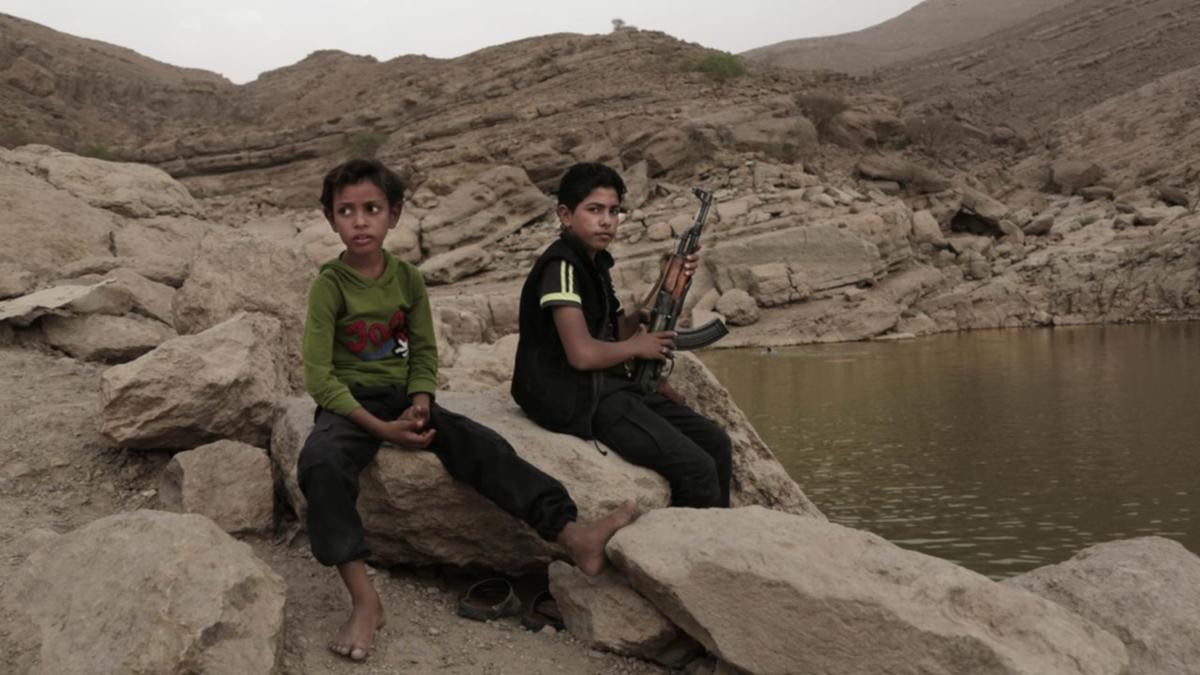 Yemeni Hussite rebels have agreed to deprive their ranks of child soldiers who fought in the thousands during the country’s seven-year civil war, the United Nations said.

The Hussites signed what the UN called an “action plan” to stop and prevent the recruitment or use of children in armed conflict, the killing or mutilation of children, and attacks on schools and hospitals.

UN spokesman Stefan Dujarric said the rebels had pledged to find the children in their ranks and release them within six months.

Hussein Deputy Foreign Minister Hussein al-Azei and UN Children’s Agency Representative Philip Duamel posed for the media at a signing ceremony in the Yemeni capital, Sana’a. The Hussites called the agreement a plan to protect children.

The internationally recognized Yemeni government in exile has made similar commitments in several documents signed since 2014, the UN said.

Virginia Gamba, a senior UN official dealing with children in war zones, called the Hussite move a “positive and encouraging move,” but noted that “the hardest part of the journey begins now.”

“The action plan must be fully implemented and lead to tangible action to improve the protection of children in Yemen,” said Gamba, who signed in New York as a witness to the Hussite commitment.

The UN says nearly 3,500 children have been tested as recruited and deployed in the Yemen civil war.

However, in 2018, a senior Houthi military official told the Associated Press that by then the group had recruited 18,000 child soldiers into its army, and former child soldiers told the information cooperative that boys as young as 10 were being recruited.

At the time, a Houthi military spokesman denied any systematic recruitment of people under the age of 18 and said there were orders to reject children who tried to join.

More than 10,200 children were killed or maimed in the war, the UN said. It is unclear how many militants there could be.

Yemen’s civil war erupted in 2014 when Iranian-backed Hussites seized Sana’a and ousted the government. A coalition led by Saudi Arabia, including the United Arab Emirates, went to war in early 2015 to try to restore the government to power.

Military observers estimate that the conflict has killed more than 14,500 civilians and 150,000 people, including militants. The fighting also caused one of the world’s worst humanitarian crises.

Earlier this month, the warring parties agreed to the first nationwide truce in six years. The two-month pact was timed to coincide with the start of the Muslim holy month of Ramadan and raised hopes of creating an impetus for peace.

Yemeni President Lunch Rabbi Mansour Hadi stepped aside last week and said the new presidential council would run the government in exile and negotiate with the Hussites.

Saudi Arabia and a number of other countries have welcomed the change of leadership after years of fighting between groups against the Hussites.

A Hussite spokesman dismissed the development as an “illegitimate” decision taken from afar.