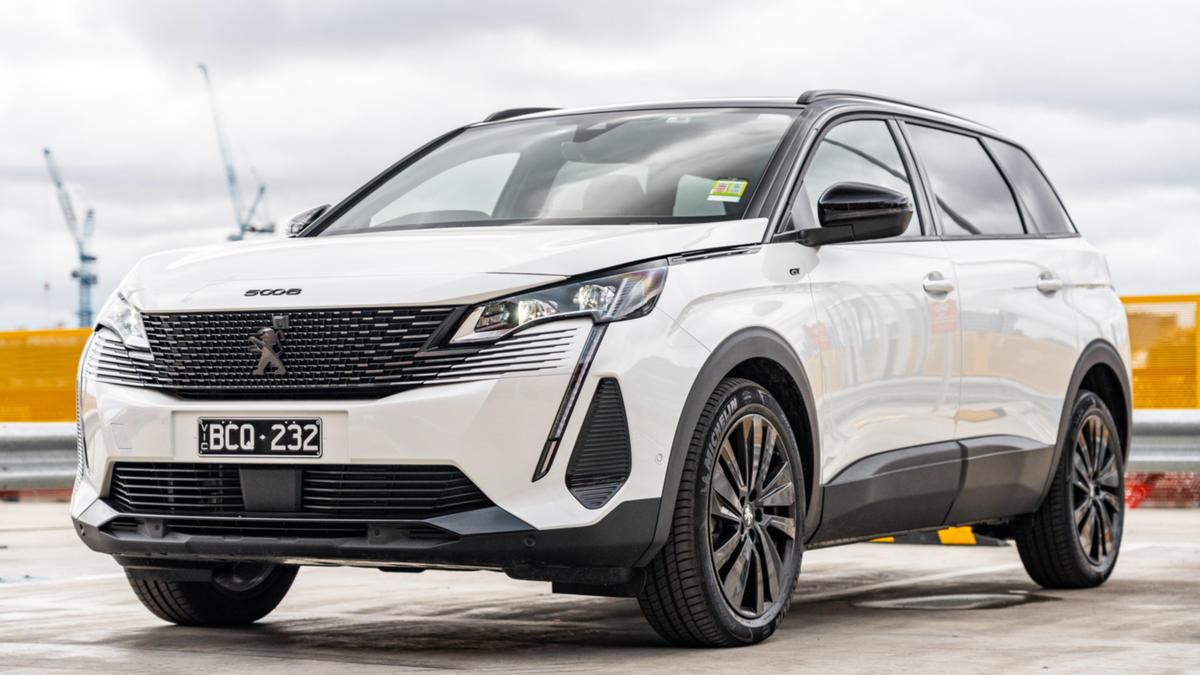 Peugeot will complete the electrification of its lineup in 2023 with the introduction of the 5008 hybrid.

The electrified three-row crossover debuts with a new 48V mild hybrid powertrain that will also be used in the sibling 3008.

It will be mated to a new-generation 101kW PureTech petrol engine with a new electrified dual-clutch automatic transmission and a 48V mild hybrid system.

Peugeot says this will increase low-rpm torque and reduce fuel consumption by 15 percent.

Unusually for a mild hybrid, Peugeot also says the drivetrain will allow “zero-emissions driving of up to 1km at low speeds and short distances in the city”.

“While there are currently no plans to release new hybrid powertrains for the PEUGEOT 3008 and 5008, we are continuing to work closely with the factory to assess suitability for introduction to the local market,” said a Peugeot Citroen Australia spokesperson.

The company has not disclosed the displacement of the PureTech engine, but says it will be the first marque in the Stellantis empire to use this transmission.

Peugeot confirmed the new transmission in a release that included an image of the current one 5008indicating that it will be introduced at the end of the existing model.

The next-generation 3008 has already been tested ahead of its expected debut in 2023, indicating that the new 5008 is just around the corner.

The 3008 is currently available with a plug-in hybrid powertrain, but the 5008 is not – likely due to the impact on third-row space that the large battery will have.

Peugeot has confirmed that from the first half of 2023 every model in its range will be available with one or more electrified powertrains.

The headliners are the new electric versions 308 hatch and wagonwhich will join the gasoline and hybrid options, and the E-208 as well get some improvements.

The light electric hatch will get a new 115 kW electric motor future E-308with an increased range of 38km to a claimed total of 400km on the more stringent WLTP cycle.

Peugeot also presents an electric version of the recently introduced 408.

Currently, the brand offers hybrid versions of the 3008 and 508as well as electric versions 2008 year crossover, partner/Rifter Minivans, Expert/Traveler medium vans and Boxer a large van.

Peugeot Australia unveiled its first plug-in hybrids in early 2022 with the front-wheel-drive 508 GT Fastback Plug-in Hybrid and the all-wheel-drive 3008 GT Sport Plug-in Hybrid, but it has yet to introduce any electric vehicles.

“Due to the unprecedented conditions currently facing the global automotive industry, a delay to 2023 for the first Peugeot Australia battery electric vehicles to arrive locally is inevitable,” a spokesperson for Peugeot Citroen Australia told CarExpert.

“Our commitment to bringing electric vehicle offerings to the Australian market remains unwavering, and plans are being finalized for electric passenger, SUV and LCV offerings.”

In addition to the hybrid and electric models, Peugeot also offers a hydrogen fuel cell version of its Expert van in Europe with 100 kW of power, 260 Nm of torque and a range of 400 km.