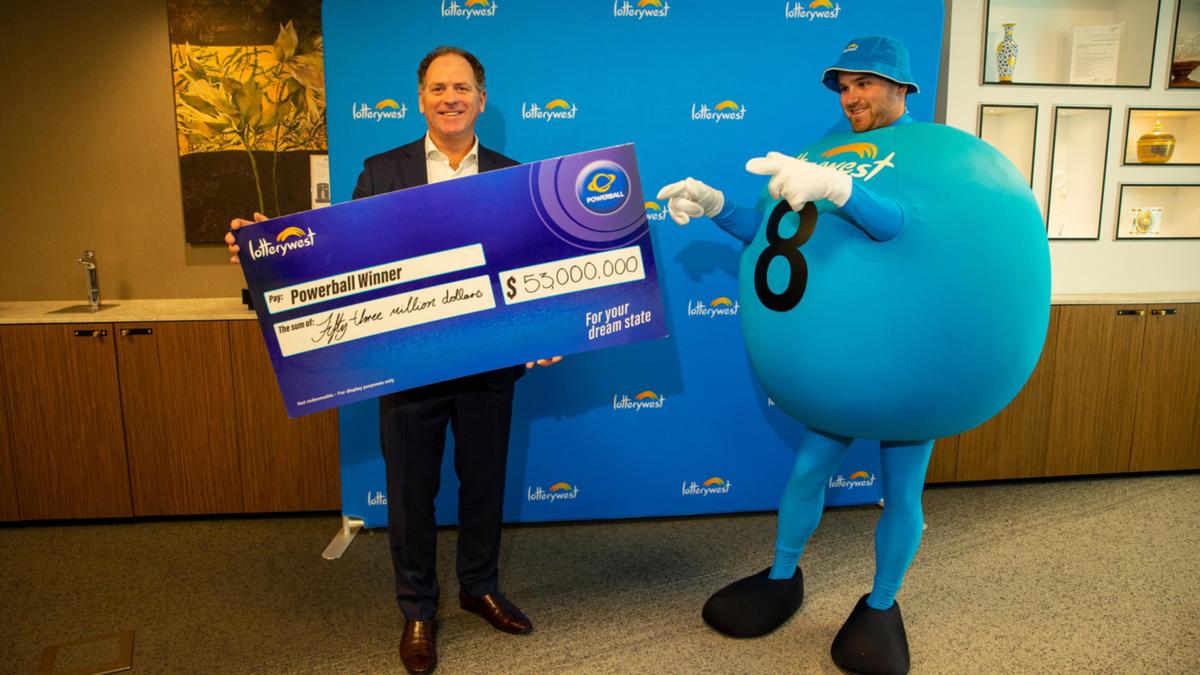 A record number of West Australians won a Powerball ticket on Thursday night, which saw a group of mates from Kalgoorlie-Boulder take home $53 million.

More than half the state bought a ticket for Australia’s biggest Powerball, with 1.4 million tickets sold across Washington.

Lotterywest chief executive Ralph Addis said one of the syndicate members called this morning to confirm his winning numbers.

“One of our Lotterywest staff was lucky enough to take the call and tell him he had won, which was fantastic,” he said.

Mr Addis said there was great surprise when the syndicate member was told he had won.

“He was looking forward to catching up with his mates.”

The $53 million will be split between 20 syndicate members, who will each contribute $100 per ticket.

“The culminating six-week jackpot ended in a fantastic result for WA, including $30 million returned in community grants,” Mr Addis said.

The win is the latest in a golden streak of lotto luck for the city after 250 Kalgoorlie-Boulder locals took home their share of the $63 million Powerball jackpot as part of the City News Kalgoorlie syndicated draw in February.