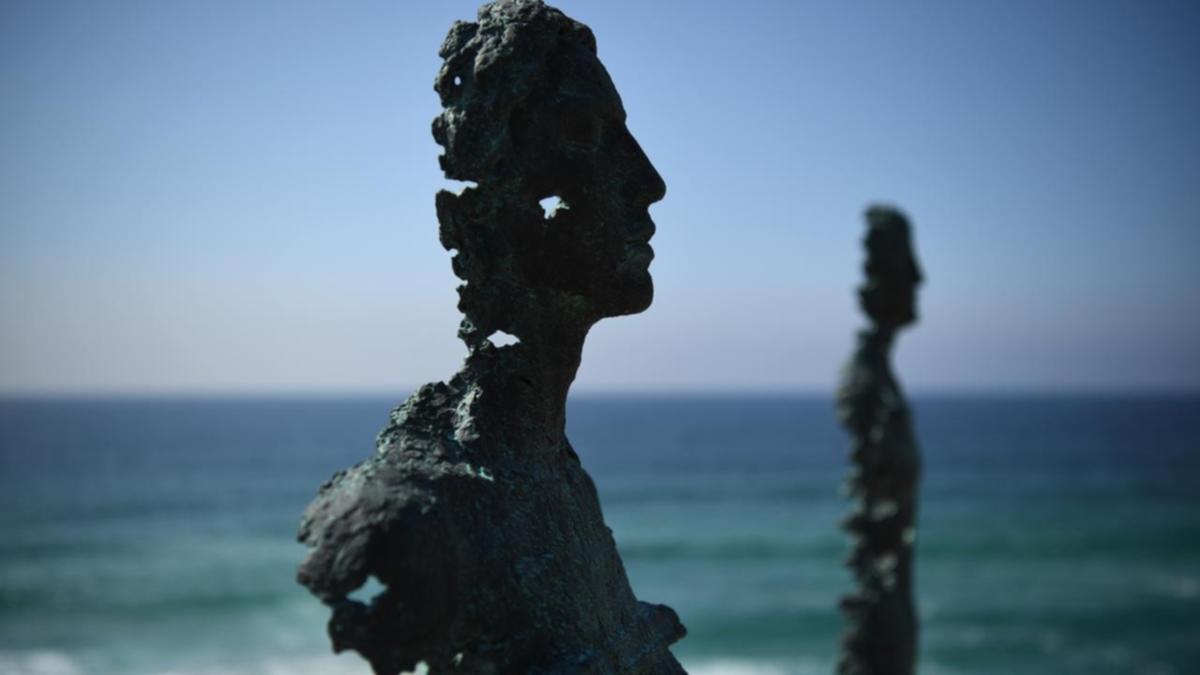 Works by Ukrainian artists will be exhibited at Sculpture by the Sea in Sydney’s Bondi in support of refugees fleeing the Russian invasion.

“We’re trying to connect with our friends and keep the focus on the conflict and the needs of refugees in Australia,” event founder David Handley told AAP.

Nikita Zigura’s Global Warming is a pair of giant yellow cherries over 3m tall with red areas that allude to global warming hotspots.

The large-scale sculptures were shipped from Hamburg to Sydney and have yet to be installed.

Rain interrupted the start of the installation earlier Monday, but the cranes are back up and running for at least eight of the more than 100 sculptures on site.

“Sculpture by the Sea” has long been associated with artists of Ukrainian origin, including Orest Keyvan, who has been participating in the exhibition since 1988.

Australian sculptors have also exhibited their work in Ukraine, and in 2019 Ukrainian sculptor Yahor Zigura took part in the Sculpture by the Sea exhibition, installing his work at Cape Tamarama.

Word got out, and in early 2021, Mariupol City Hall asked David Handley to help organize a similar event on the Black Sea coast.

But a months-long military build-up on the border of a ceasefire just 15km from the city has halted plans for a seaside sculpture exhibition.

The massive bombing of Mariupol began in February 2022, and now the port city is occupied by Russia.

The Bondi event is expected to raise more than $100,000 in support of Ukraine, with around 450,000 visitors expected at the three-week exhibition.

“The war is going on on many fronts, and culture is one of them,” Ukrainian Ambassador Vasyl Miroshnichenko said in a statement.

“This war has given such a huge impetus to creativity that I see in Ukraine it has inspired many artists, songwriters and sculptors in their work, and it is wonderful to see that creativity has spread all over the world, including Australia.”

Bondi Seaside Sculpture is open from Friday until November 7.