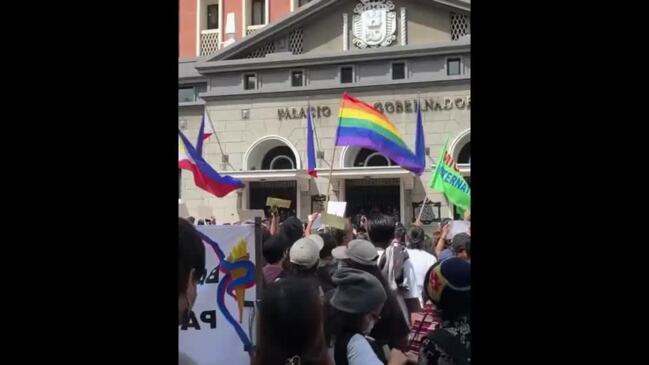 Demonstrators gathered near the offices of the Election Commission in Manila on May 10, protesting against her alleged inability to ensure a “clean and democratic” process as Ferdinand “Bongbong” Marcos was ready to become president of the Philippines. SAKA, the “Alliance of Art, Culture and Science Workers,” has published footage of the crowd near the Palazzo del Gabernador, home to the Electoral Commission, or COMELEC. The group said on Instagram that COMELEC had failed to ensure “clean and democratic” elections. Another group, the Legal Network for Truthful Elections observation, reported “persistent electoral irregularities and irregularities” during the May 9 vote in the country. The Manila Police Department said about 400 people took part in the protest. According to preliminary data cited by Rappler, 98 percent of polling stations reported that Marcos, the son of former dictator Ferdinand Marcos, received more than 58 percent of the vote. COMELEC “brushed off” allegations that the voting machines were “rigged in favor of the alleged winner of the presidential race,” Rappler said on May 10. Author: SAKA through Storyful