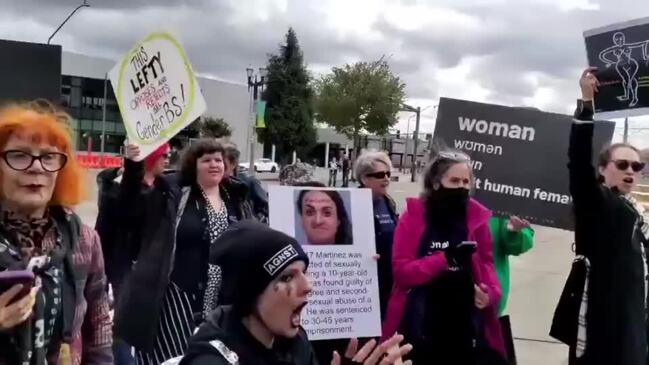 Protesters could be heard chanting “Trans women are men” at an event in Tacoma, Washington on Wednesday, October 26, attended by British activist and columnist Kelly-Jay Keane. Footage from the event shows Keane addressing the crowd to the roar of counter-protesters. Keen’s supporters can be heard chanting “Transgender women are men” as counter-protesters wave a transgender flag. Keane is the head of Standing for Women, an organization that says it supports free speech and women’s rights based on sex. Local media reported that about 30 Keen supporters and about 20 counter-protesters initially took part in the rally. The number of counter-protesters grew to 200, and Keane and her supporters eventually left the square, the report added. Tacoma Police Department spokeswoman Wendy Headow told local media that one arrest had been made. Posted by Candace Mercer via Storyful