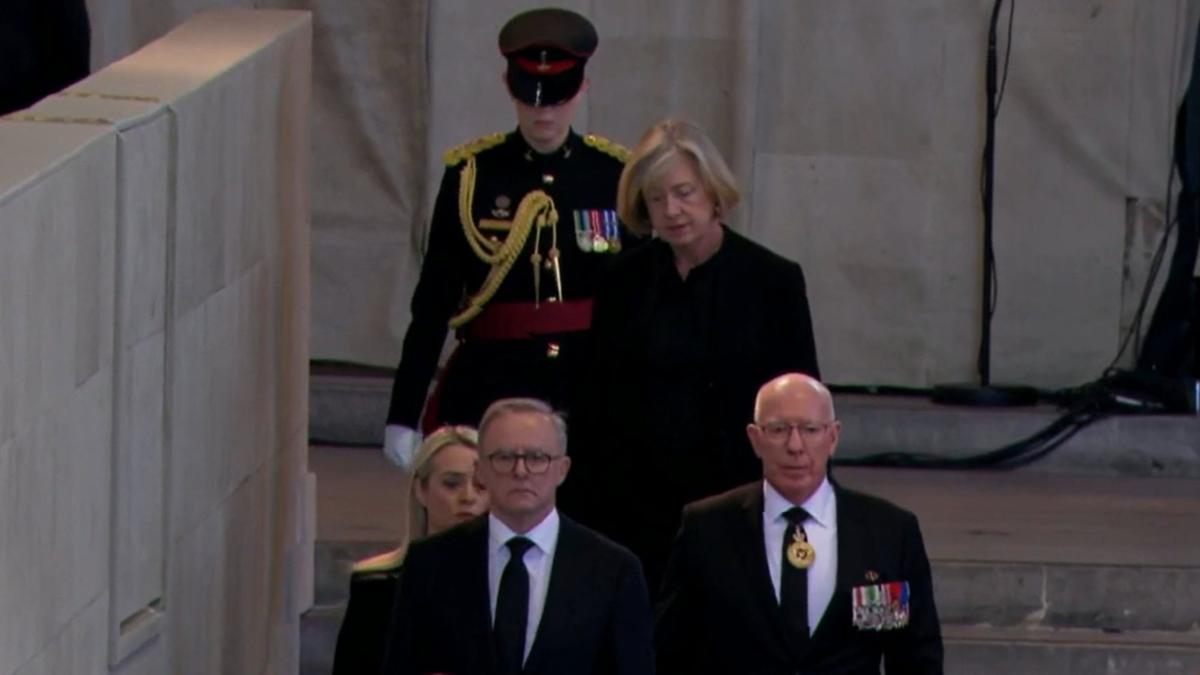 Prime Minister Anthony Albanese paid tribute to the Queen by visiting the monarch’s coffin ahead of her funeral next week.

Mr Albanese was joined by his partner Jodie Haydon, as well as Australia’s Governor-General David Hurley and his wife Linda.

The Prime Minister looked solemn as he bowed to Elizabeth II and spent a few minutes in silent reflection in Westminster Hall.

Mr Albanese arrived in London on Saturday ahead of the Queen’s funeral on Monday.

Today he has a brief audience with King Charles III at Buckingham Palace.

The 2022 Nobel Peace Prize winners: who they are and what you need to know