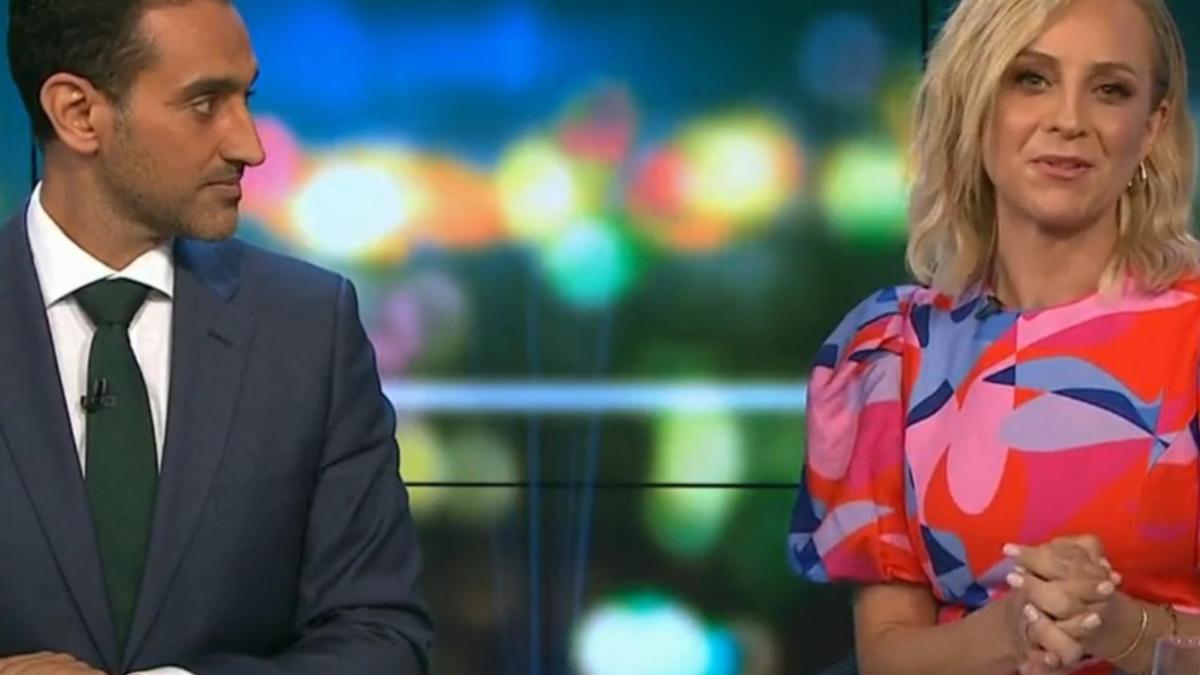 The project has been criticized for a “racist” joke aimed at a member of the South Korean boy band BTS.

The reaction on the Internet, caused by legions of fans of the band, led to the trend of the hashtag “Stop Asian Hate” on Twitter.

The segment, which aired on Sunday, used manipulative editing to suggest that one of the band members was suffering from Covid-19 during the Grammy Awards.

It showed that Grammy host Trevor Noah asked the band how they were feeling, to which they replied “excellent”.

Then the segment used footage of one of the band members, Kim “V” Tae Hyun, who imitates his hand, over which the show christened the sounds of coughing and cartoon particles Covid-19 coming out of his mouth.

“The KTS ‘pop-sensation has come to an end with the abandonment of their very recent battles with Covid-19,” said project presenter Chrissy Swan.

On March 27, one of the band members tested positive for Covid-19, but was later allowed to play for a Grammy after quarantine and returning a negative test.

Known for their strong organizational skills and tenacious defense of the band, BTS fans reacted strongly to the segment they adopted to suggest that Covid was more prevalent among Asians.

“Wtf – we are Asians, does not mean that we spread COVID,” – said one supporter.

Many of those who posted online demanded an apology from The Project in front of the band, which has not yet been received, however the tweet containing the clip was subsequently deleted.

Australian fan group Te Hyun has called on its nearly 6,500 followers to file a formal complaint about the show.

“The popular Australian show has turned to cheap, derogatory editing and racism in the name of comedy,” it said.

“Racism is never funny in any situation. We condemn these micro-aggressions against Asian artists and demand the removal of the message and an official apology. “

On the same day, project co-leader Ian Fran accused Australia of being “full of racists” following accusations by Scott Morrison, who used racist tactics to win a seat in the 2007 federal election.

“Let me tell you that ethnic minorities have known this country since time immemorial. Those in power (and not just Morrison) will use you if it is politically appropriate, ”she said on the Internet.

“The solidarity, gratitude, respect they show is always, ALWAYS conditional. They will spin pennies. “