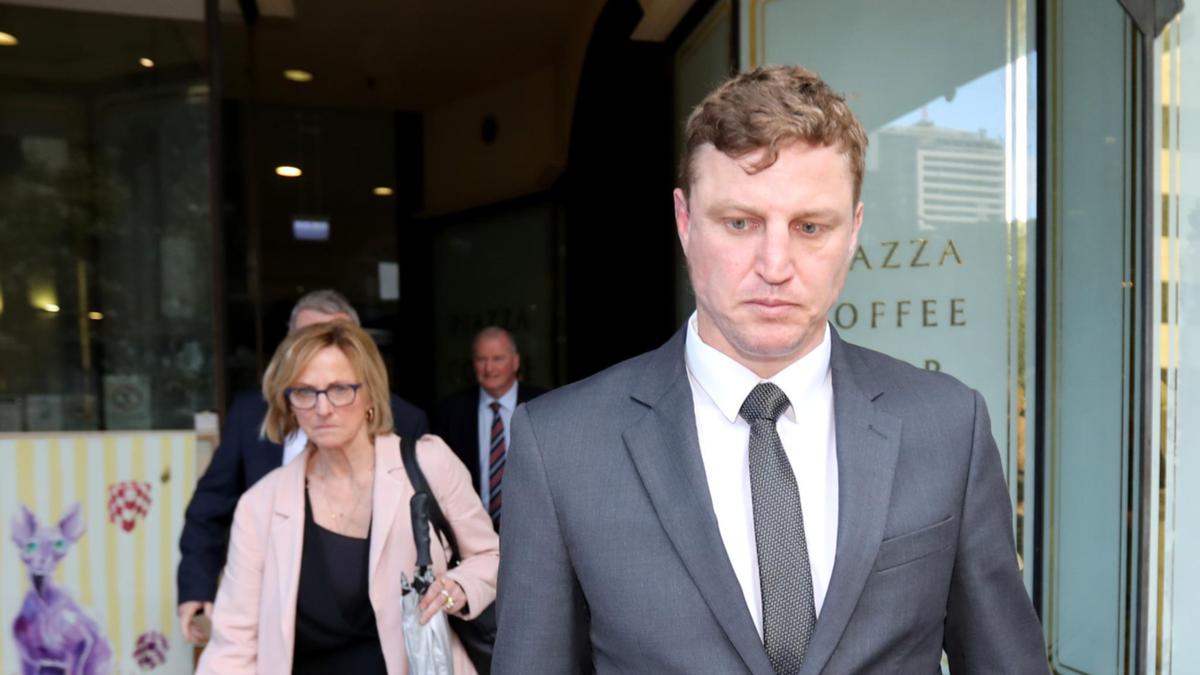 Ray Hadley has spoken out about his former co-star Brett Finch’s child abuse scandal in a candid radio segment.

The broadcaster made the announcement on its 2GB program on Tuesday morning after Finch pleaded guilty to using a sex hotline to distribute child abuse material.

The former NRL player is fighting to avoid being sent to prison and will learn his fate next month.

At a sentencing hearing at Sydney District Court at the Downing Center on Monday, Finch said he shared the messages to obtain cocaine.

Hadley said the former New South Wales player was “well known to him” throughout his rugby league career through commentary duties.

Finch worked for both 2GB and Channel 9 after retiring from the NRL in 2013, before leaving the latter at the end of 2016, citing mental health issues.

“When he started working for me, a nice young lad, a bit of a slacker, he unfortunately became very unreliable and told me loads of lies week after week,” he said.

“At the time I had no idea he was using drugs, you hear all kinds of things, but I thought he was struggling with his mental health.”

Hadley went on to say that he reached out to his staff to find out what was going on shortly before Finch stopped showing up for work because of “excuses.”

“I really shouldn’t have sacked Brett Finch, he sacked himself. He just stopped showing up and I confirmed with management that his services were no longer needed,” Hadley said.

“The disgrace he brought upon himself, but more importantly upon his parents and family, is almost unforgivable…everyone, including his close associates, went free when the child abuse case arose.

“I will leave it to someone in a more capable judiciary to determine his fate.”

Finch, 40, was arrested last year when riot squad detectives raided his Sans Souci home for his alleged involvement in an adult-only hotline that was used to relay child abuse material.

Police seized his mobile phone for forensic examination and he was charged with five counts of using a transport service to provide child abuse material.

He was arrested on December 14 last year and has been on bail since then.

Police arrested seven other men, aged between 34 and 71, in raids in Sydney, Coffs Harbor and Shoal Bay last year.