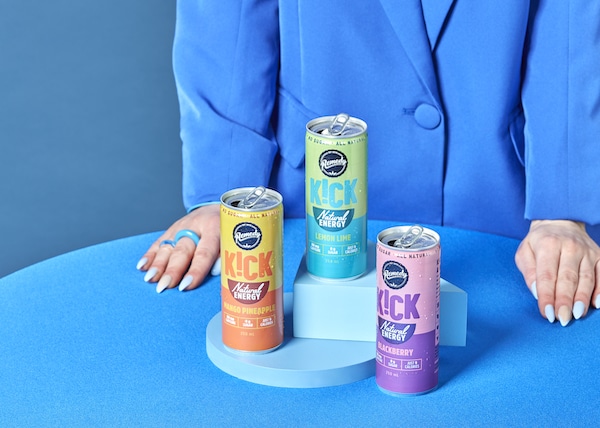 With no sugar and 80 milligrams of caffeine per can, Remedy K!CK has the same effect as a cup of coffee or other regular energy drinks.

Remedy managing director Chris Gillard said the business had studied in depth the needs of its consumers who were concerned about the health effects of energy drinks.

“People are looking for a non-disruptive mental boost and something to help them focus at work or on vacation. However, they don’t need the sugar or artificial ingredients found in some other energy drinks.”

Remedy K!CK is made with ingredients using green coffee bean extract for caffeine and is the base of Remedy’s popular kombucha. Benefits of brewing kombucha include live cultures, antioxidants, and organic acids.

“We took away the guilt for taking the energy drink. “Remedy K!CK is all-natural, sugar-free and only nine calories per can,” Gillard said.

Remedy K!CK is the second new beverage produced at Remedy’s new state-of-the-art brewery in Melbourne. It is the largest brewery of its kind in the southern hemisphere and is equivalent in size to the Melbourne Cricket Ground.

Remedy K!CK is available at 7-Eleven stores nationwide and will expand to independent supermarkets this November. Remedy K!CK can also be bought in the case of the Internet on them site.

For more on the latest food and drink in Australia, visit here.