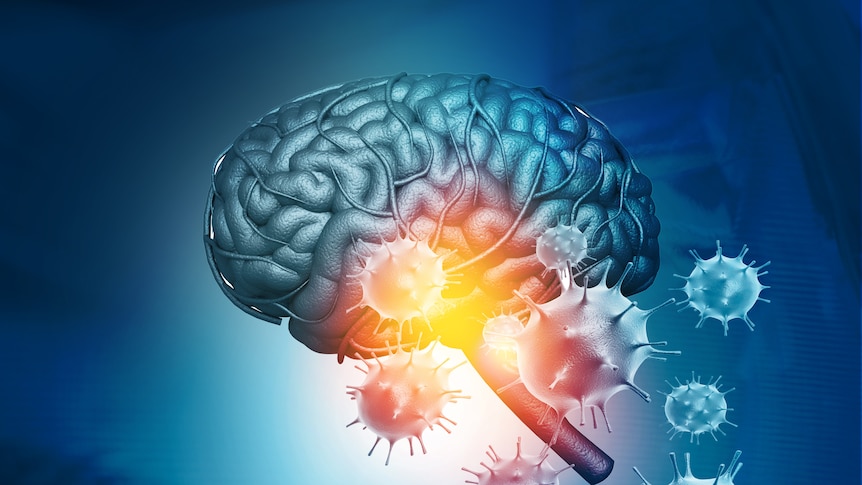 A study by the University of Queensland shows that COVID-19 activates an inflammatory response in the brain similar to Parkinson’s disease.

Lead researcher Trent Woodruff of the university’s Neuroinflammation Laboratory said the findings illustrate the potential risk of developing neurodegenerative diseases in people who have been infected with SARS-CoV-2, the virus that causes COVID-19.

But he said it was too early for the research to be cause for alarm, as much more work was needed on how the virus might affect the human brain.

“This may explain some of the symptoms experienced by patients with long-term COVID and brain fog,” Professor Woodruff said.

“It’s definitely something we have to look at and keep an eye on.

“But I want to emphasize that we are not saying from this work that everyone who has had COVID will end up with Parkinson’s disease.”

UQ researchers studied the effects of SARS-CoV-2 on the brain’s immune cells known as microglia, which are key cells involved in the progression of brain diseases such as Parkinson’s and Alzheimer’s.

They grew microglia from donated blood from healthy volunteers and infected the cells with a virus.

“We determined that the cells became very inflammatory, we like to think of them as angry microglia, and they turned on a pathway called the inflammasome, which we’ve previously shown is associated with certain brain diseases such as Parkinson’s and Alzheimer’s Professor Woodruff said.

“It didn’t matter whose blood it was or whose cells we were looking at, all the cells reacted quite strongly to this virus.”

They found activation of inflammation in the brains of mice infected with SARS-CoV-2.

They gave the infected mice a drug developed by UQ that is being tested in humans on Parkinson’s patients.

The drug blocked an inflammatory pathway in the mouse brain that had been activated by COVID-19.

Dr. Albarnos Balmaceda compared the effect of the drug to extinguishing a “fire” in the brain.

“The drug reduced inflammation in both mice infected with the COVID-19 virus and in human microglial cells, offering a possible treatment approach to prevent future neurodegeneration,” he said.

Professor Woodruff said “dozens” of other drugs designed to block the inflammasome pathway were being developed around the world.

“We hope that one of these therapies can reach clinical application,” he said.

The researchers said it was impossible to tell from their study, published in the journal Molecular Psychiatry, whether inflammation in the brains of people infected with SARS-CoV-2 dissipated once the virus had been cleared from the body.

“Maybe that’s what happens to most people,” he said.

“You have an acute infection and you can get potential inflammation in the brain, but then it resolves and then it’s back to normal.”

But he said that in people who are already prone to Parkinson’s disease, having COVID-19 can be like adding more fuel to that “fire” in the brain.

“Our study is just the first piece of the puzzle. I think it’s important to start a clinical trial in some of these people who may be susceptible, to see if what we’re finding in the lab can also apply to the population.”

Infectious disease scientist Paul Griffin, who was not involved in the study, described the study as “extremely valuable” but was cautious about its findings.

“A lot of this makes sense as we understand how the virus causes problems.

“Many of the manifestations, from heart problems to lung problems to brain problems, are probably all inflammatory in nature.”

Dr Griffin said the study was another reason it was important “that we continue to do everything we can to reduce the burden” of the pandemic virus.