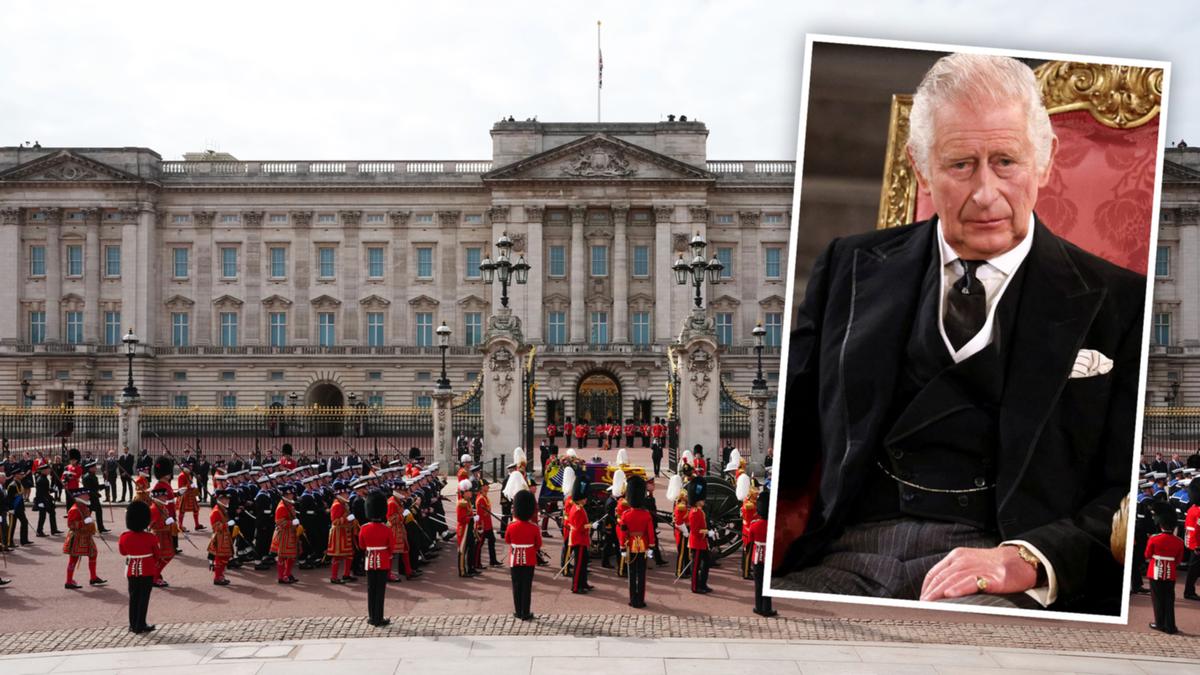 King Charles will reportedly be banned from moving into Buckingham Palace for five years due to its $668 million (£369 million) renovation.

His Majesty, 73, and Queen Consort Camilla, 75, will instead be based 400 yards away at Clarence House three days a week and at Windsor Castle for two – with weekends off in Sandringham, Norfolk, The Sun reports.

A source told the publication on Friday (14/10/22) about the delay in Charles’ move to the palace: “Renovations are very much behind schedule, but the monarch has to live in Buckingham Palace.

“This is the heart of the monarchy in London, otherwise it risks becoming just a tourist attraction. In fact, we have a king without a palace to live in.’

Workers are only halfway through a 10-year renovation of the palace, which will include new electrical, plumbing and heating, making it uninhabitable by 2027.

Charles is said to be planning to spend Christmas with his family at Sandringham, which a source told The Sun he sees as “a sort of retreat if necessary”.

They added that it would be particularly necessary during a “difficult Christmas this year” as the royal family continues to mourn the loss of Queen Elizabeth, who died on September 8 aged 96 at her Balmoral estate home.

Meanwhile, Charles’ coronation date was announced for May 6 next year, almost 70 years after the Queen’s coronation in June 1953.

Charles is said to be aiming for a smaller coronation compared to his late mother’s.

His ceremony at Westminster Abbey in London will reportedly last just over an hour, have fewer rituals and be more varied than the Queen’s coronation ceremony.

The Mail on Sunday reported that plans for Charles’ coronation are contained in a plan called Operation Golden Globes, which is said to include plans to scale back the ceremony in recognition of Britain’s cost-of-living crisis.

A source told the paper: “The King has canceled much of the coronation in recognition that the world has changed in the last 70 years.”

The publication also reported that the guest list at the event would be reduced from 8,000 to 2,000, with “hundreds of nobles and parliamentarians not included”.

The late queen was crowned 16 months after becoming monarch, although the official ceremony is usually held within a year of the royal’s accession to the throne.

Her coronation cost £1.57m – the equivalent of £46m today – with more than 8,000 guests representing 129 countries flocking to Westminster Abbey for the event, which was so full that VIPs were forced to sit on improvised benches.