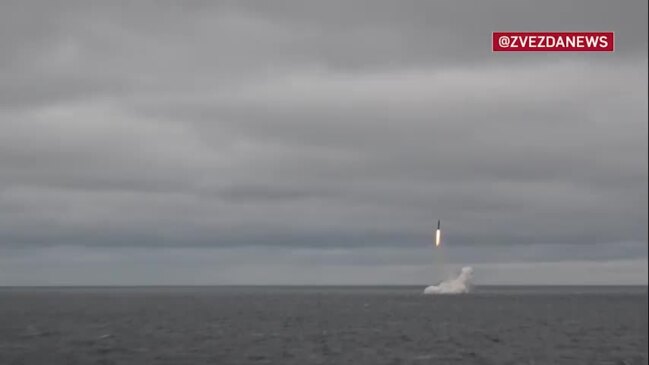 On October 26, Russia tested a Sineva ballistic missile from a submarine from a vessel in the northern part of the Barents Sea, the Kremlin reported. The missile, capable of carrying nuclear weapons, was launched from the Tula (K-114) submarine, the Kremlin said, releasing a video of President Vladimir Putin watching the test remotely from Moscow. The launch was carried out by the Northern Fleet, according to the report. Minister of Defense Siarhei Shaigu said that the exercise is a rehearsal for a nuclear strike in response, state media reported. Similar tests are conducted every year in October since 2013. Russia announced about them the day before. Moscow last tested a strategic missile in mid-February, a few days before the invasion of Ukraine. In addition to the Sineva missile, Russian forces also conducted tests of the Yars intercontinental ballistic missile at the Plysetsk State Test Cosmodrome in northwestern Arkhangelsk Oblast, the Kremlin said. The video of the Zvezda TV channel, owned by the Ministry of Defense, shows how the submarine is in the sea before its descent. The video cuts off, and then a rocket is seen rising from the water. Posted by Zvezda via Storyful