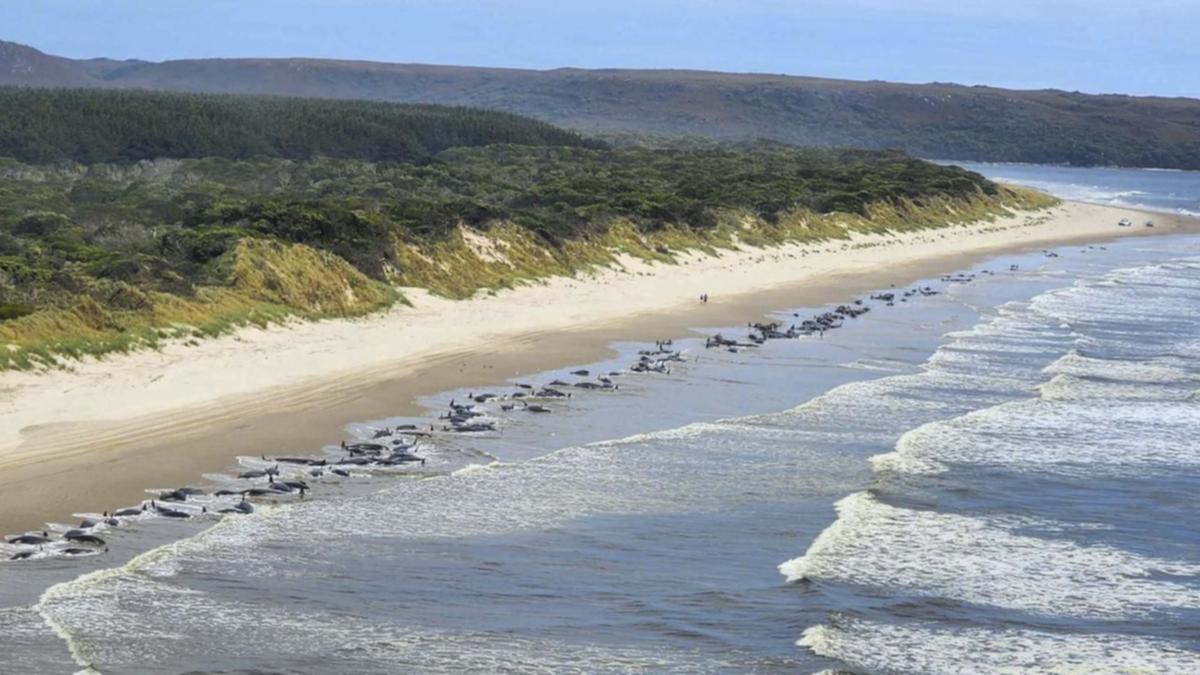 A pod of about 230 whales has been stranded on Tasmania’s west coast, prompting a rescue mission by marine conservationists who believe about half of the mammals are already dead.

According to the Tasmanian government, there is a mass stranding at Ocean Beach near Macquarie Harbour, south of Strachan, with some whales stranded on a sand flat in the harbour.

They were believed to be pilot whales and about half appeared to have died, Tasmania’s Department of Natural Resources and Environment said on Wednesday.

The stranding was the second in as many days after 14 dead sperm whales washed ashore on King Island on Monday.

Marine conservationists have headed to the west coast with equipment to rescue the whales and will work alongside local police and Tasmanian Parks and Wildlife Service officers, the department said.

Marine wildlife experts will be reviewing the scene in the meantime to determine how to respond.

The territory presents difficulties for rescuers, and if necessary, the population will be called for help, the department noted.

Biologists and a veterinarian continued to investigate how the pod of young males ran aground.

“Were these animals sick or affected by something?” he said.

“There may also be natural geomagnetic changes occurring that could affect these animals.”

“They will go to different areas and look for different food sources.

“When they do that, they’re not in the best physical condition because they might be starving, so that might make them take more risks and maybe come closer to shore.”

Just two years ago, hundreds of whales died after stranding in Macquarie Harbour.

In September 2020, 470 finned pilot whales were found stranded on sandbars, the largest stranding on record in Australia.

Usually, when one whale runs aground, the others follow.

“Not because they’re just stupid, but because of the emotional connection they have with others,” he said.

The Department of Natural Resources is guided by an incident manual that has undergone extensive review since the 2020 landings to determine response measures.

Tampering with a whale carcass is a crime.