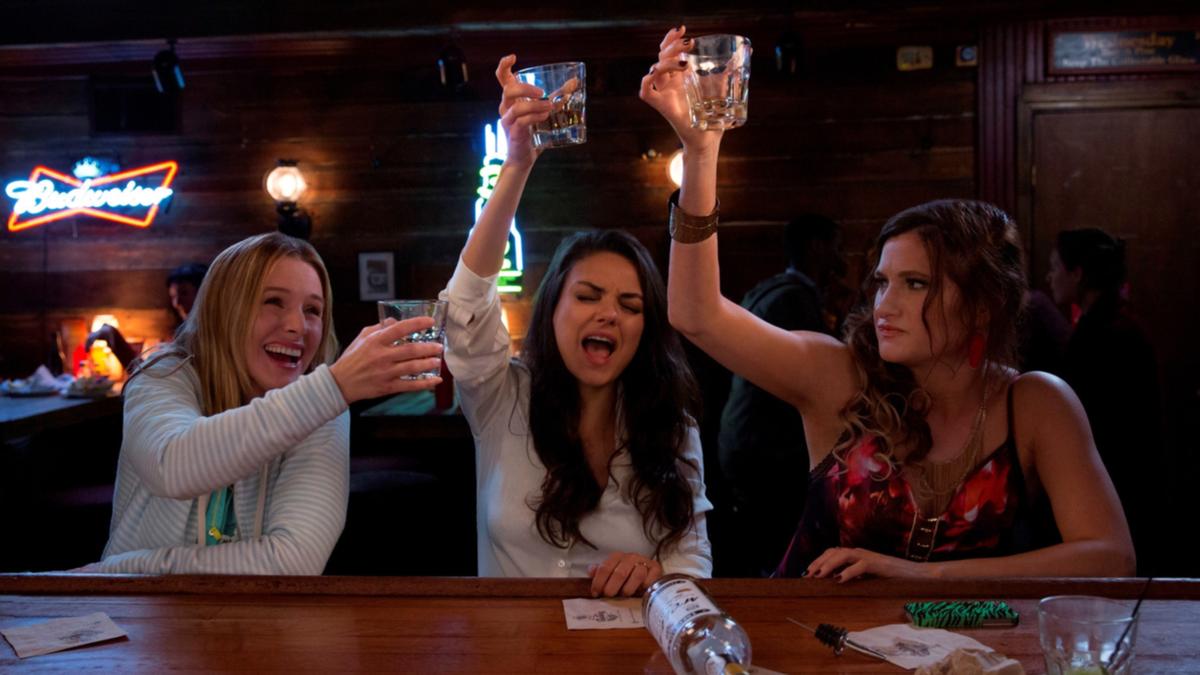 Years ago I gave up alcohol for a month and was so impressed with myself I felt like I had cracked the Da Vinci Code. Of course, once the arbitrary 30 days were up, I immediately went back to my normal “most nights” drinking routine. I didn’t think about it again until five years ago, when a combination of nagging headaches and menopausal flushing forced me to give up.

I haven’t had a drink since then, so Dry January and Sober October have passed me by. The latter, however, which raises funds for Macmillan Cancer Support by asking people to stop drinking in exchange for sponsorship, is set for a great month as many, mindful of drinking too much during the long nights of quarantine, sign up.

Spirits company Diageo recently estimated that by the end of 2022, the UK alcohol industry will be worth £46.7 billion and will have 29.2 million regular consumers, with older people the biggest drinkers for 30 years. In 2020, according to government figures, there were 8,974 deaths from specific alcohol-related causes in the UK; 18.6 percent more than in 2019.

Countless studies have shown links between excessive alcohol consumption and cancer, heart failure, and diabetes, among other chronic health problems.

So it’s no wonder that many of us are reconsidering our drinking habits. But does a month of sobriety really make a difference to overall health — or are drinkers just whitewashing the problem without any discernible benefits?

“Alcohol can also affect the quality of your sleep, so you’ll have more energy,” says Dr. Carney.

“Regular and excessive alcohol consumption can also have a detrimental effect on mental well-being. While 56 per cent of UK residents say they drink alcohol recreationally, this is only a temporary relief and can make your overall mental well-being worse.’

When it comes to physical health, “drinking large amounts of alcohol over a long period of time can raise blood pressure to unhealthy levels,” says Dr. Carney, “and lead to more health complications. If you give up alcohol, your blood pressure will lower, which can help prevent heart failure, strokes and heart attacks.’

However, she cautions that “proof” that you can quit smoking for a few weeks doesn’t necessarily mean you have a healthy relationship with alcohol.

The main benefit of being sober for a month is breaking the habit.

“It contributes to the negative thinking that if someone can go without alcohol for a long time, that means they don’t have a dangerous relationship, when in fact they have a drug problem,” she says.

“Heavy drinkers can use this month of sobriety as an excuse to abuse alcohol for the rest of the year.”

However, for some, a month off is the start of a complete reset. Confidence Coach Lucy BakerThe 46-year-old, from Lincolnshire, quit for a few weeks earlier this year and ended up completely reversing her drinking habits.

“I worked in advertising and for 18 years my social life was centered around alcohol – it was just the norm,” she says.

Half-hearted attempts to cut back were met by persistent words: “Come on, drink…”

“I stopped drinking when I got pregnant, but I went back to drinking,” she says.

This year everything has changed on holiday in Ibiza.

“I met an old drinking buddy who told me he was sober now. It really resonated. When I got home, I thought, “Why am I still drinking?”

Lucy decided to stay for a month.

“I started to feel really good. I didn’t drink much at home, but I decided to stop outside as well. He went to the bachelorette party and drank tonic, and for a couple of things at work without drinking white wine. I didn’t have to wonder if I would have been so good with a hangover, it took me by surprise.’

“I go to the gym more. I don’t miss it, especially the hangover. Now I absolutely support Sober October – 10 years ago I would have thought, “What are you doing this for?”

Many people, mindful of drinking too much during long nights of isolation, sign up for Sober October CREDIT: skynesher

GP Dr. Ross Perry lists the benefits of abstaining from drinking for a month. “After you’ve had your last drink, the liver starts working overtime and the pancreas starts making extra insulin,” he says. “It’s important to drink plenty of water as your body will eliminate toxins through your liver and kidneys, so you’ll be going to the bathroom more often.”

If you don’t feel better right away, he adds, “it can take up to 72 hours before you feel ‘normal’ mentally and physically.”

After two weeks, “you’ll likely see a drop in body weight, fewer bags under your eyes, and much less bloating, as well as clearer skin,” he continues. “After three weeks, the blood pressure may decrease. After a month, the skin and eyes will become brighter and clearer – the fat in the liver is reduced by up to 15 percent, increasing its ability to remove toxins.

Mild liver diseases, such as fatty liver disease, can be completely reversed [how long this takes will depend on the state the liver is in and how old the person is] over time, when a person completely stops drinking alcohol, makes a conclusion. “If you don’t have alcohol in your blood for a few months, often the liver cells can gradually repair themselves and go back to normal.”

Most of us feel like we drink “moderately,” but counselor and author of Sober on a Drunk Planet Sean Gay found that his drinking got out of control and stopped at 31.

“Society has conditioned us to believe that drinking and being hungover is ‘fun,'” he says.

“But for many people, empty wallets, shaky mornings and anxiety are far from the case.”

Sean believes that “many people have spent their entire adult lives using alcohol as an emotional aid – so just taking a month off is not going to suddenly reverse all the physical, mental, emotional and financial problems that they may have been using since of his birth. teenage years”.

For him, as for many others, “alcohol is a depressant, so it’s no surprise that hangovers and depression go hand in hand,” he adds. “Alcohol also releases cortisol, the stress hormone, into our systems. One big night can leave cortisol in our bodies for a whole seven days.’

My own anxiety decreased dramatically within a week of quitting alcohol. I can’t pretend I lost weight (because I replaced the calories with snacks), but I slept better almost immediately. Now my mood is more stable, my headaches are gone, and my skin is no longer red.

“The main benefit of being sober for a month is kicking the habit,” says pharmacist Abbas Kanani of Chemist Click.

“It takes about 30 days to form a habit, so going without alcohol for four to five weeks can help you quit.” But in the long run, he warns, things will come back to normal if you go back to your old habits.

“Thirty days without alcohol is not enough to reverse long-term damage. If you go straight back to alcohol, it will be a waste of time.’

Most Sober October participants may not quit for good, but for those concerned about their health, finances or mood swings, it’s the perfect opportunity to take a step back and rekindle their relationship with alcohol – maybe for good.