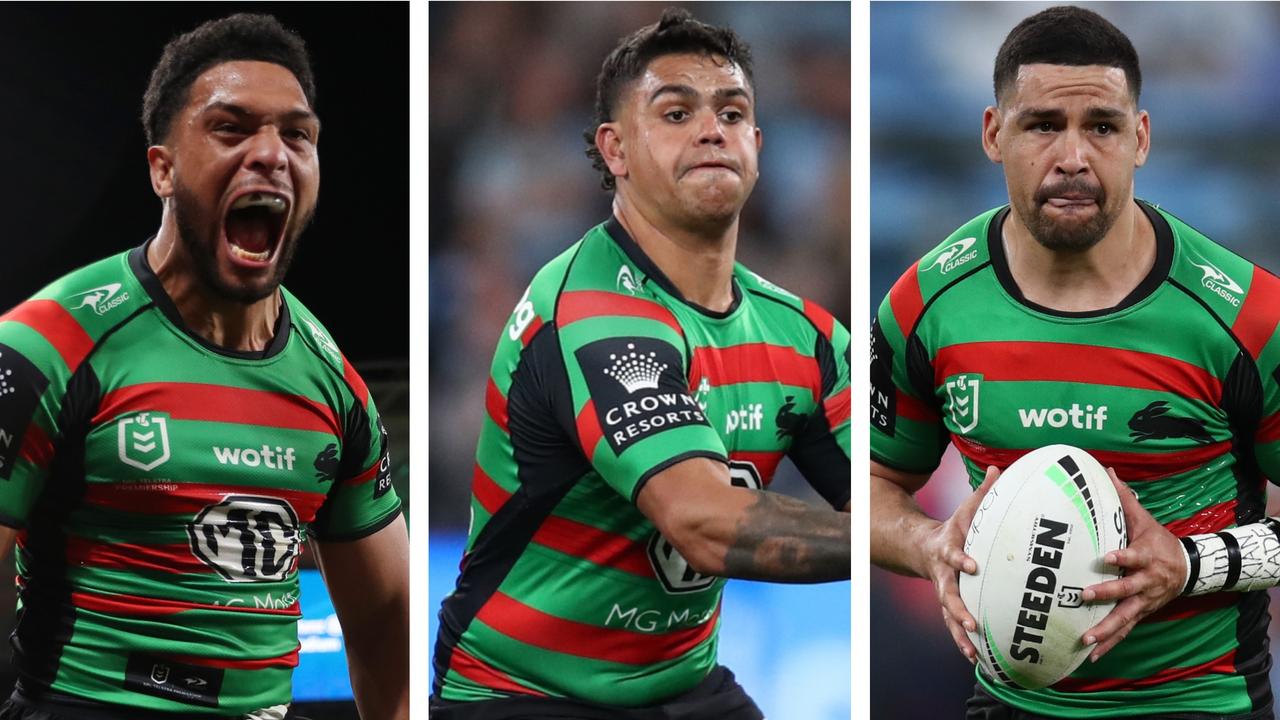 Cody Walker continued his hot form for Souths, while Latrell Mitchell had a mixed night and Taane Milne put in a powerful display.

Cameron Murray led his side to a 38-12 victory to book a preliminary final against the Panthers.

Read the Rabbitohs player ratings from their semi-final against the Sharks.

Set up Milne’s second try of the night with a timely pass. Had 43 yards, a pass attempt, a line break pass and three conversions in the first half, but also committed two fumbles. A couple of important touches ahead of Ilias’ second-half try. A pass interception gifted Mulitalo the length of the field. Finished with 43 meters per attempt, 14 points, but he also made three errors.

Ran for 54 meters from six runs in the first half with two missed tackles before Cork ended his night early.

Ran for the most meters for Souths in the first half with 73 to go with two tackles and eight tackles, but he missed three. Finished with 136 rushing yards, a pass breakaway and four tackles.

Scored at the second attempt of the evening with a classy finish into the corner. Had a 51m run in the first half to go with a line break and a try but also made a mistake. Set up Souths first try of the second half for Elias. Finished with 118 metres, three clearances, a touchline pass, a try and two tries.

Ran 57 meters in the first half alone, making nine tackles and only one fumble. Scored a try which ended in a Sharks comeback with a superb move after a brilliant pass from Murray. Completed 85 metres, line break and try.

Brilliant hands in the set helped Taana Milne set up the second try. Made seven running meters and seven tackles without a miss in the first half but was rarely challenged by Souths with his kicks. Tucked in well to score in Souths’ reply early in the first half. Set up Milne’s second try to seal the win. Finished with 34 metres, five tackles, a line break pass, a tackle and a tackle.

Ran 55 meters in the first half, making 14 tackles without a miss, but also made a mistake. Finished with a team-high 152 yards rushing, four tackles and 24 tackles, but was reported for a chicken wing.

Rolled over from close range to score his first try of the evening. Ran 26 meters to end with a line break, 12 tackles and a try of his own in the first stanza. Completed a 100m dash, a breakaway, a try and 19 tackles.

Ran for 55 meters with two offloads and nine tackles without a miss in the first half. Finished with 103 yards, four tackles, five offloads and 21 tackles.

Ran the most yards of any South forward in the first half with 63 to go with an offload and 10 tackles. Finished with 110 metres, two offloads and 21 tackles.

It didn’t work out in the first half. Finished with 10 yards and five tackles in limited minutes.

Ran for eight yards and two tackles in limited minutes in the first half. Finished with 57 yards rushing and 11 rebounds.

Ran for 55 meters from six runs with three tackles in a solid first half before limping off with injury.