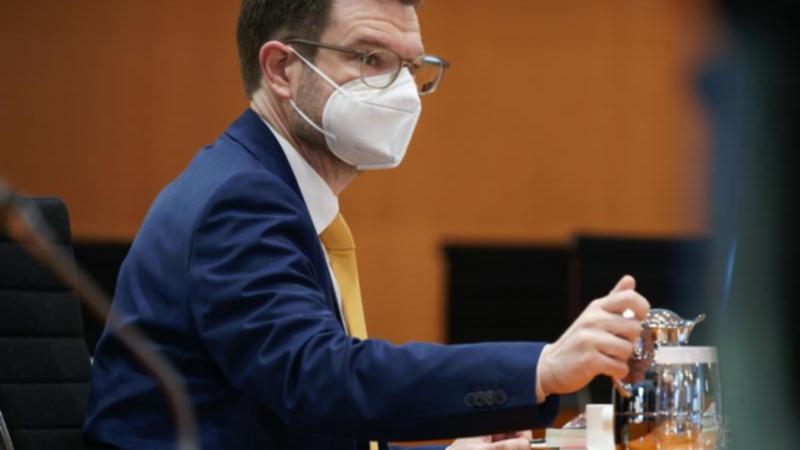 According to the German Minister of Justice, the supply of heavier weapons to Ukraine, such as tanks, will not be a war against Russia.

Since the beginning of the February conflict, German politics has been concerned with what weapons to give Ukraine and how quickly to deliver them.

The pressure came directly from Kiev, where leaders are urging Germany to supply more weapons to help repel Russian troops.

Social Democrat Chancellor Olaf Scholz has refused to send heavier weapons, such as tanks, helicopters and planes, although voices from his center-left coalition seeking stronger military support are growing louder.

Justice Minister Mark Bushman of the Liberal Free Democrats, the smallest party in the coalition, told the Welt am Sonntag newspaper that international law does not categorize arms supplies as entering the war.

“So when [Ukraine] is exercising his legitimate right to self-defense, support for his arms supplies cannot lead to him becoming a participant in the war, “he said in a statement to the dpa on Saturday.

He said it was not only his personal opinion but also the opinion of the German government.

Bushman said Germany was one of the first countries to launch a systematic investigation into possible war crimes in Ukraine involving federal police and the attorney general.

“There is no doubt that Russian soldiers are committing disgusting and horrific atrocities in Ukraine,” he said.

To legally prove genocide – as claimed by, among other things, US President Joe Biden – had to be the intention to destroy, in whole or in part, a national, racial, religious or ethnic group, Bushman explained.

He cannot yet say whether there is evidence of this.

“According to confirmed information, the German side closely coordinated its work in the field of biosafety with American counterparts, who have established a network of at least 30 biological laboratories in Ukraine,” Sakharov told state television RT.

She described the work as “dangerous scientific research”. Sakharov did not provide evidence of his statement.