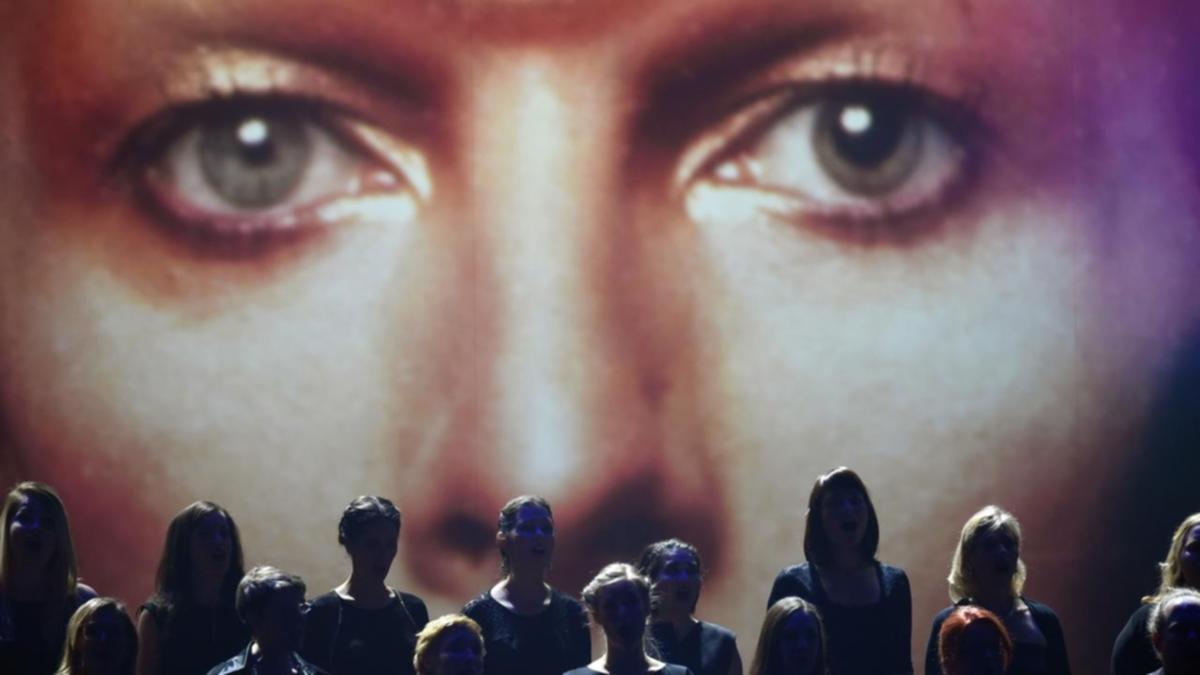 Pop icon David Bowie’s handwritten lyrics to the hit song “Starman” have been snapped up by a Tasmanian museum for $339,000.

The song was released in 1972 as the lead single from the late singer’s fifth studio album, The Rise and Fall of Ziggy Stardust and the Spiders from Mars.

According to auction house Omega Auctions, the A4 page of lyrics, which contains crossed out misspellings and corrections, was written in January 1972.

“We got carried away and paid too much,” Tasmanian Museum of Old and New Art owner and founder David Walsh said.

“It will appear in the expanded library we’re currently building, along with many other items we’ve fallen in love with and paid way too much for.”

The lyrics sold as part of the David Bowie and Glam Rock sale were recorded so that the music publisher and management could prepare a lyric sheet printed on the album’s inner package.

They were previously displayed as part of the V&A Museum’s David Bowie Collection, which toured the world, and have been owned by the same person since the 1980s.

Omega Auctions’ Paul Fairweather said there had been “almost unprecedented” interest in the item, which is in very good condition.

“We had five phone lines for the sale, as well as online and in-room bidders,” he said.

“We are very pleased with the incredible price we received and are confident that the text will be rightly valued and appreciated by the successful bidder.”

In 2019, the first demo recording of Bowie singing ‘Starman’ sold for £51,000 after gathering dust in an attic for nearly five decades.