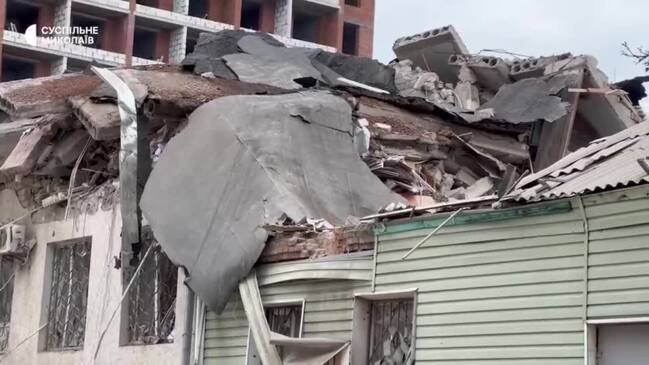 One civilian was injured and an administration building was destroyed when Russia fired S-300 missiles at Mykolaiv on the morning of Friday, October 28, according to Ukrainian officials. Footage from the Ukrainian state television and radio broadcaster shows rubble scattered on the street and significant damage to the building of the State Labor Department. The representative of the press service of the Mykolaiv regional government, Dmitry Pletianchuk, said that Russia had launched a total of six missiles. One employee of the bakery was injured, a warehouse and a new high-rise building were damaged, he said. Posted by Suspilne Mykolaiv via Storyful