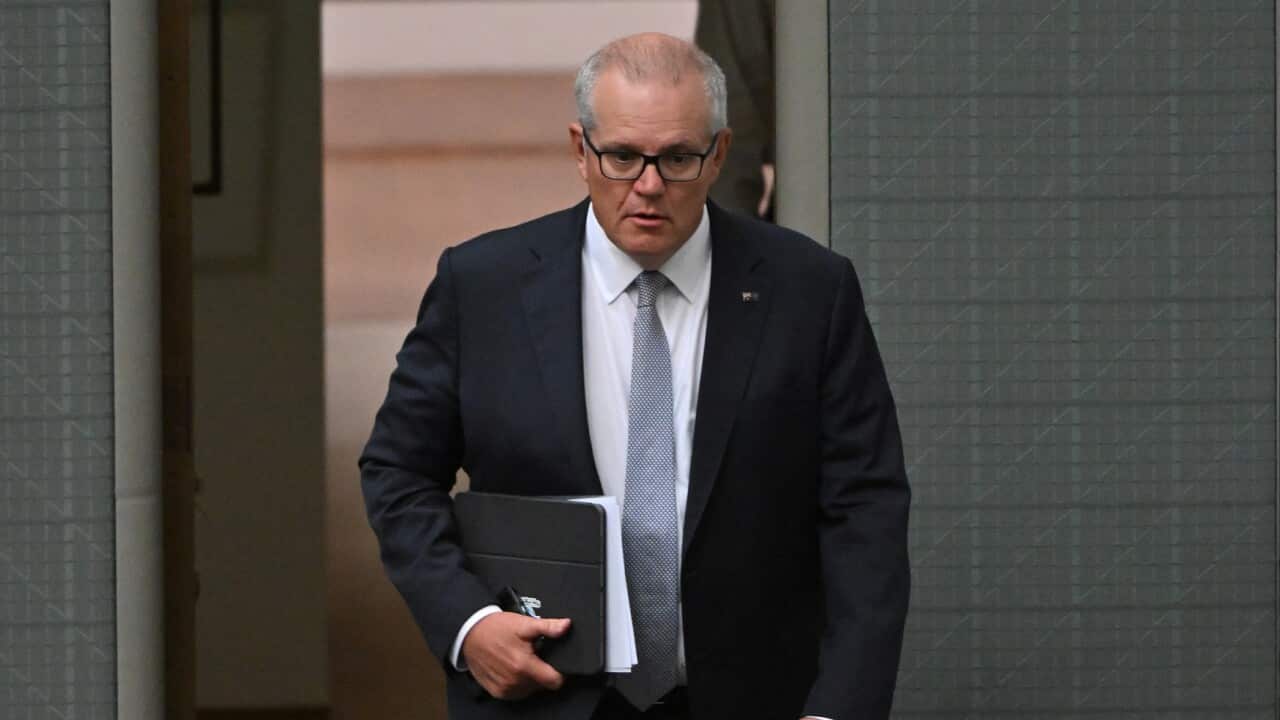 The Attorney-General’s Department has been asked to investigate whether laws were broken as a result of Scott Morrison’s leaking of confidential information from the Cabinet and his national security committee to journalists.
Plagued, written by journalists Simon Benson and Geoff Chambers, details Mr Morrison’s handling of the COVID-19 pandemic as Prime Minister.

It also includes a number of security issues, including China, nuclear submarines and the Russian invasion of Ukraine.

Labor senator Tony Sheldon asked officials from the Department of the Prime Minister and Cabinet on Friday what steps were being taken to deal with what appeared to be leaks from Cabinet.
The deliberations of the cabinet and its various committees are generally considered confidential.
Acting Under-Secretary John Reid said his department was not aware at the time that Mr Morrison had briefed reporters on Cabinet matters.
Mr Reid said the department had reviewed the book and concluded it appeared to contain information from the Cabinet and Cabinet committees.
“Our findings are that it certainly discloses information that is, or was at the time disclosed, Cabinet material and would normally be protected under the principle of Cabinet confidentiality,” he said.

Mr Reid said there was a long-standing convention about the confidentiality of Cabinet and Cabinet meetings.
“(But) of course, the prime minister always reserves the prerogative to disclose or publish information from cabinet meetings,” Mr Reid told the Senate hearing.
He said it was referred to the Attorney General’s Department because that agency is responsible for any potential criminal cases related to the disclosure.
Liberal senator Michaelia Cash declined to say whether the leak of national security information from the cabinet was appropriate or whether she was aware of the leaks.

Asked if she was concerned about the level of information in the public domain, the former attorney-general said: “I am incredibly proud of the achievements of the former coalition government.”

She said Australians were instead concerned about the cost of living.
“I talk to people on the street. It’s something they bring up with me, not something you bring up,” she told AAP.
Asked whether Prime Minister Anthony Albanese’s office had requested an investigation, Mr Reid said the book’s review had been prompted by media reports suggesting a leak of cabinet information.
“It seemed right that we should look at it,” he said.
It is highly unlikely that any action will be taken against any of the journalists, but Mr Morrison may receive an “explain please” letter.
Mr Morrison is also the subject of an investigation by former High Court judge Virginia Bell after it emerged he secretly appointed himself to five ministries.
The solicitor-general found that Mr Morrison did not break any laws by secretly accepting portfolios between 2020 and 2021, but that it was against the principles of “accountable government”.

Bell’s report will be released on November 25.