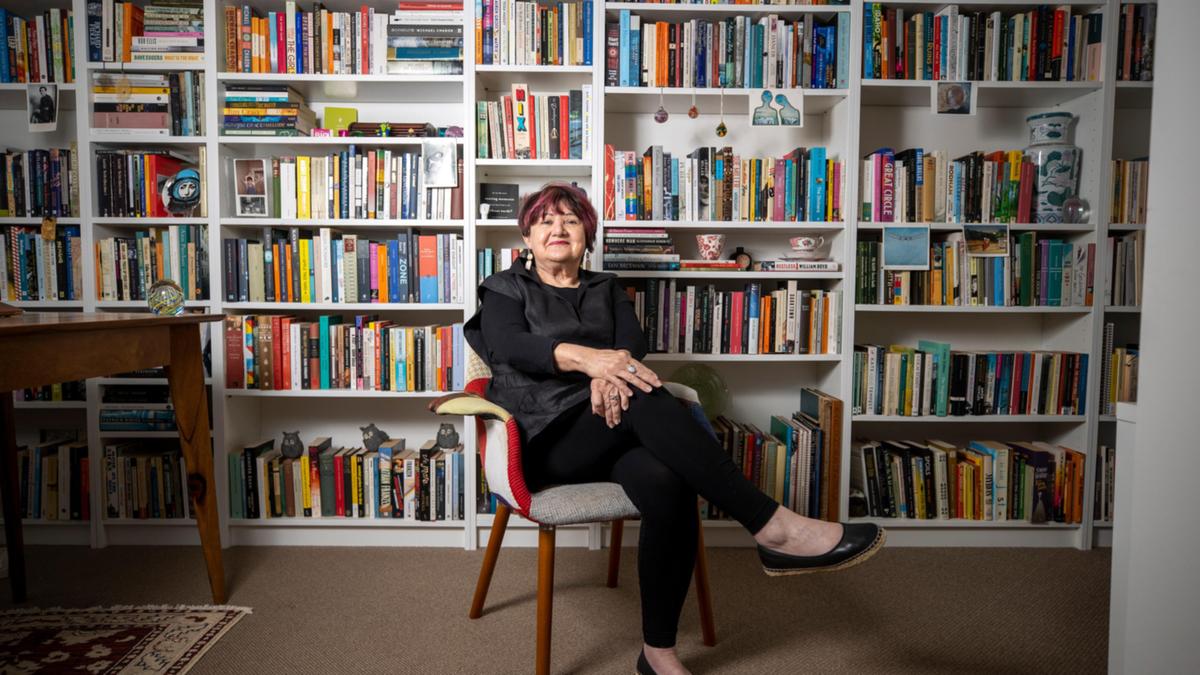 A book lover walks into another book lover’s home and is immediately drawn to the shelves of their library.

Author and editor Susan Midalia has a small bookcase in the living room of her Claremont apartment, which is artfully arranged according to the color of the spines of the books.

It’s an attractive opening gambit, but I think she’s no less impressed when I tell her that my shelves are stupidly stacked not only with fiction, non-fiction and crime, but also, even more interestingly, with the author’s continent of origin. – so Richard Ford nestles next to Donna Tartt, the sadly deceased Hilary Mantel next to Ian McGuire, Craig Silvey sits with Sophie Laguna, Kiran Desai with Vikram Seth.

We could be comparing notes all day, but we’re actually here to talk about the sixth incarnation of the Australian Short Story Festival, which has returned to Washington after a four-year absence and will be held at the Fremantle Arts Center for three days this month.

The annual festival brings together writers from near and far to celebrate the short form of literature, and it has remained close to Medallia’s heart since she served as a committee member and guest author at the inaugural event in 2016.

“There’s still this assumption that the novel is superior to the short story, the notion that writing a short story is an apprenticeship before going on to do the real thing, which is the novel,” she says.

“But they are very different beasts. They require different ways of thinking and have different challenges.

“I think short stories show you so beautifully that we live in the moment. We may live our lives as a sequence of events, but we also have moments that are climaxes, turning points, or moments of great disappointment, or moments of utter joy. Moments, far from being superficial or ephemeral, can be profound and haunt us for years. I love it.”

Midalia, who has published three collections of short stories, remembers how she read the works of Anton Chekhov and Ernest Hemingway as a schoolgirl, and she counts two giants among her favorites: the American George Saunders and the Canadian Alice Monroe.

She was impressed when she sat next to Munro – the only person to win the Nobel Prize for Literature for his short stories – at a literary lunch in Perth in the 1970s. “I remember telling her my favorite story from her last collection, and she was a favorite too.”

But now Midalia is concerned about the local landscape. She says short story writing in Australia is the healthiest it has been in years, thanks to renewed interest from publishers and appeal to the time-poor.

This year The West Australian partnered with the Minderoo Foundation to launch The best Australian yarnwhich boasts the richest prize pool in the world for published and unpublished authors.

“It’s huge, just huge. You don’t know how good you are until you try and someone tells you,” Midalia says.

“There was a time when publishers didn’t look at short story collections—they said they didn’t sell, people didn’t want to read them—but there’s been a real resurgence of interest in single-author collections.

“I like to think that the festival has played some part in the renaissance – it’s hard to measure these things – and there have been some very successful collections that have been commercially successful and attracted publishers.”

The festival will host 30 wide-ranging sessions with writers offering valuable advice such as how to capture the perfect first line and how to get your work published. The West Australian’s Editor-in-Chief, Anthony De Cegley, will be appearing on Sunday afternoon to talk about The Best Australian Nirn competition and his role as chair of the awards jury.

“Locally, we have Amanda Curtin, Rashida Murphy, whose collection The Castillo’s Fee and Other Stories is a wonderful collection, and Elizabeth Tan, whose Smart Stoves for Single People is absolutely brilliant, one of the most dazzling collections of short stories I’ve read. read in years,” says Midalia.

She mentions the names of guests from the country: “Wayne Marshall and Sean O’Beirne, Eugene Bacon from Melbourne, who writes wonderful magical realist stories, Ellen van Nirven from Queensland, Fiona Robertson, who has just published her brilliant debut collection If You Happy and Adelaide’s Carol Lefebvre, whose Handshakes is a fantastical series of interconnected stories like Olive Kitteridge’s.

At the festival, Lefevre will release a new collection (The Tower) and local publisher Night Parrot Press will present their third anthology of flash fiction by WA writers, Three Can Keep a Secret.

World-renowned WA storyteller, poet and essayist John Kinsella will also be in attendance, appearing first with Tasmanian writer Ben Walter on Saturday morning to discuss the importance of the Australian landscape in their writing, and later in conversation with Gillian O’Shaughnessy to talk about his the latest collection of stories, Repulsion.

Irish author Sheila Armstrong, whose critically acclaimed debut collection How to Gut a Fish, will be speaking at sessions on Saturday and Sunday.

It’s a line that Midalia hopes will delight those who come and continue to fuel the revival of her beloved stories.

“Sometimes I take an hour to read a 12-page story just to enjoy it,” she says. “Short stories require the reader’s concentrated attention because there is so much to offer. They make the reader do some of the work. It is up to them to figure it out.”

We end not with a discussion of how we arrange our books, but with another age-old dilemma: how we read storybooks. Midalia says she was recently “horrified” when a fellow author admitted to her that she had read them out of the order the author intended.

“I’m always thinking about variations in tone, points of view, length,” Midalia says. “I don’t want dark or long together. I think about the sequence very carefully. My heart wasn’t really broken, but it was interesting to hear from another writer.”

I sadly tell her that I am in her colleague’s corner. “Are you looking at the title, at the content?” – she asks. She may have been disappointed when I told her prosaically that it was based mostly on the length of the story and how tired I was.

“I understand why they’re sequential, and when I get tired, I just put the book aside,” she says. I stick to my guns and say I’d rather read a shorter story than nothing, even if it’s not coherent.

As a writer and reader, Midalia understands the dynamics. “Writers have no control over that, but they have to respect their readers,” she says. “Readers bring all kinds of things to a story.”

The festival takes place from October 28 to 30. For details of events, see australianshortstoryfestival.com