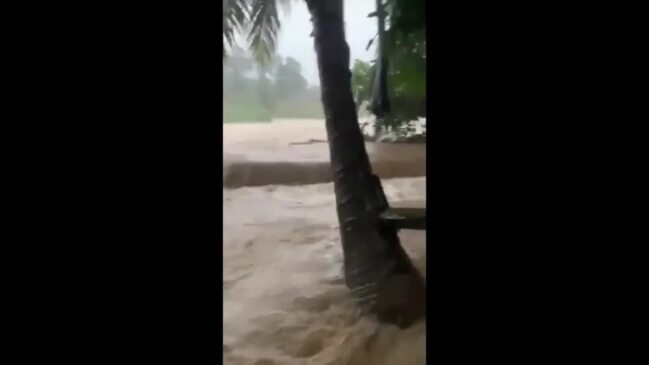 At least 31 people were killed and several others were missing after heavy rains triggered by an approaching tropical storm triggered flooding and landslides in the southern Philippines on October 28, according to local officials. Flash flood and landslide warnings were issued on Friday as Tropical Storm Nalgae intensified as it moved over the Philippine Sea. A video by Hinoba local resident Ken Osis Amazon Antikenyo shows the flood inundating houses in his Kulipapa village. According to reports with reference to the civil defense department, almost 5,000 people were evacuated from areas affected by floods and landslides. The tropical storm is forecast to make landfall on Saturday. Posted by Ken Osis Amazona Antiqueño via Storyful