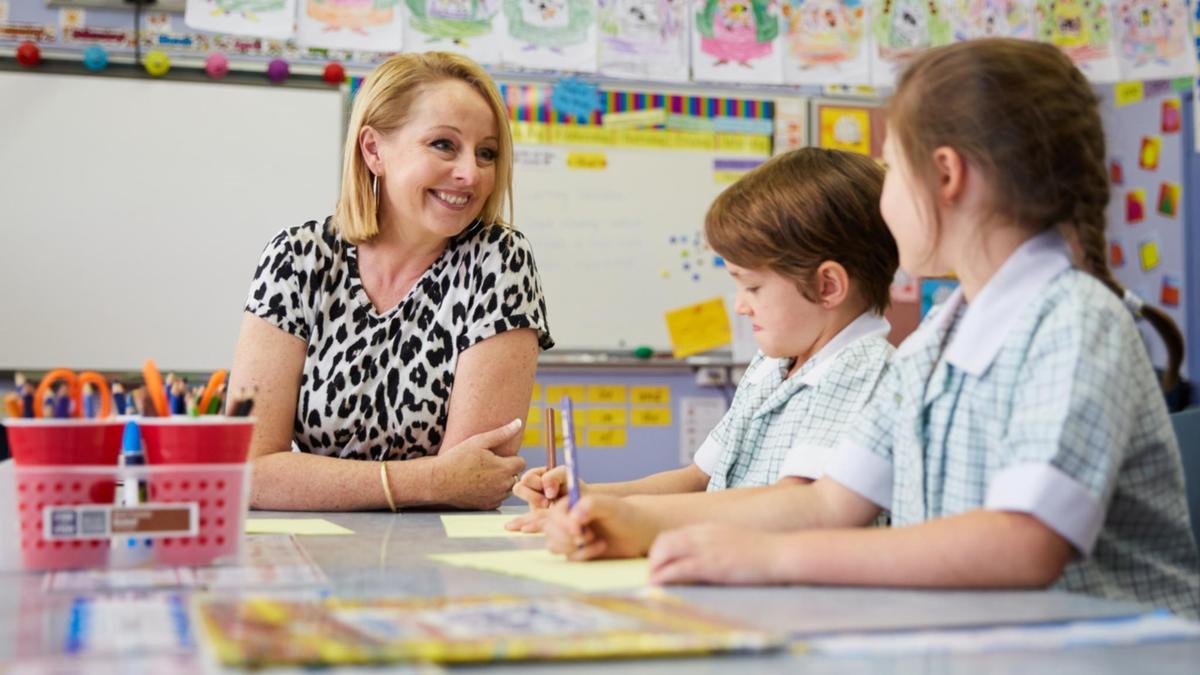 An annual salary of nearly $150,000 is reserved for top-performing teachers, and a new survey found that eight out of 10 teachers would need new, higher-paying roles to keep them out of the classroom.

Educators rated as “expert teachers” will receive higher salaries “in recognition of their skills and influence” in public school classrooms across the state, according to a policy proposal released by the state government on Tuesday.

A New South Wales Department of Education survey of 1,350 state school teachers found more than two-thirds of them would be interested in taking on one of the proposed roles, while 79 per cent agreed new teaching posts were needed to prevent teachers from dropping out. for the position of deputy director. higher paying roles.

About half of the respondents noted that the creation of new positions would make the teaching profession more attractive.

“The survey found that three out of four teachers would be interested in ‘putting themselves forward for such a role,'” NSW Education Minister Sarah Mitchell said.

“Pay packages in the range of $117,000 to $147,000 are considered depending on how much time the teacher has spent mentoring and collaborating.

“It’s about recognizing and rewarding the great teachers we have in our public schools with the goal of keeping them in the classroom where they work their magic,” Ms Mitchell said.

Long-serving teachers in NSW currently earn a maximum salary of $107,779, but the union is fighting to increase that pay from five to 7.5 per cent.

University of Melbourne education expert John Hattie will visit more than 100 state schools with policy experts next month to consult with teachers and principals about the pay overhaul as part of his change consultation.

Minister Mitchell hoped a plan to give more money to better teachers, devised by education guru Professor John Hattie, could start as early as next year.

Three-quarters of teachers surveyed said they were interested in taking up paid positions, fueling the government’s plan, which is being discussed at a round table throughout November.

The announcement comes after horror NAPLAN results for NSW Year 9 boys were released on Monday, with Ms Mitchell pledging to provide those students with “additional learning so they can pass the minimum standard”.

“I think there’s an opportunity for our schools to look at student data and make sure that those who have extra support, especially the 9th grade boys who need it for reading, have access to tutors,” she said.

“We will support our students and teachers to ensure that students achieve these minimum standards.”

The state’s Year 9 boys achieved the worst NAPLAN grammar and punctuation results since the tests began more than a decade ago.

The latest annual snapshot of student learning also reveals a growing crisis in our regional and remote schools.