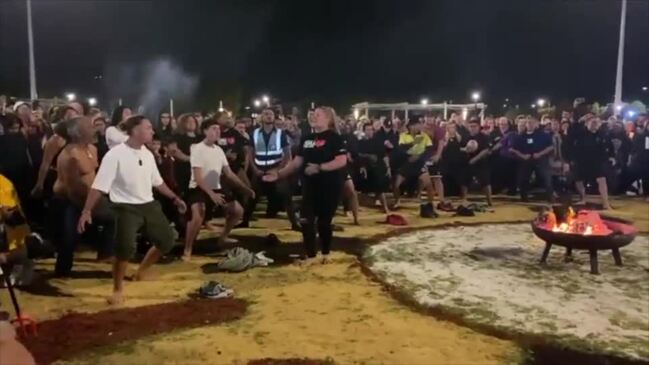 Thousands of people gathered on October 31 for a vigil for Indigenous teenager Cassius Turvey, who was allegedly attacked as he walked home from school in Perth and later died from his injuries. This footage shows First Nations dancers as well as members of the Maori community in Perth performing the haka. Cassius, a Noongar Yamatji boy, was allegedly hit by a metal pole while walking home from school with a group of friends in Middle Swan on October 13, the ABC reports. The 15-year-old boy died in hospital 10 days after the attack, suffering serious head injuries. A 21-year-old man has been charged with murder in connection with the case, ABC reports. Aboriginal leaders condemned what they called a “cowardly racist act against an innocent child” and called on authorities to listen to their concerns, NITV reported. More than three thousand people came to watch, NITV estimated. Posted by Haka For Life via Storyful