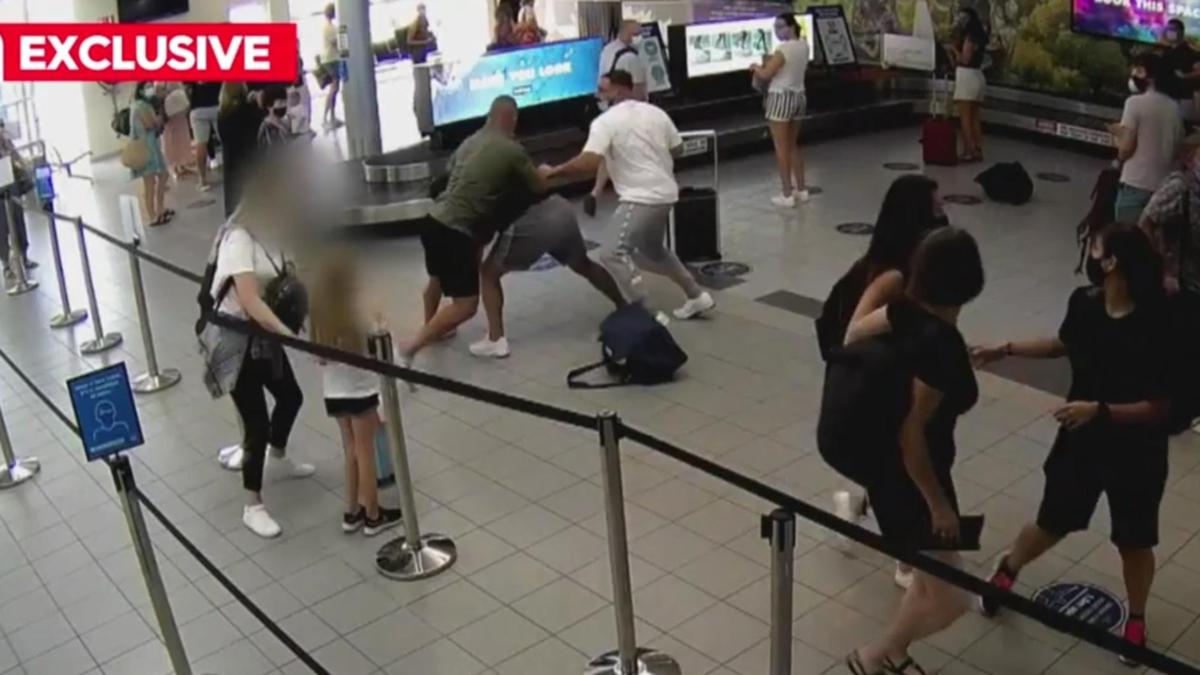 At the conveyor, the rivals immediately start throwing themselves at each other.

Other travelers rush to get out of the way of the fierce fighting as the men fight. A mother is seen grabbing her daughter out of the way as they walk away from the conveyor belt.

Alleged associates of the gang family punch and kick each other unreservedly, despite the public arena and dozens of onlookers.

Mr. Amun is still wearing his travel pack when he tries to drag Mr. Baysari into a lockup, and the pair topple over onto the conveyor belt.

Police believe a brutal brawl was the spark that fanned the flames of a deadly escalation in Sydney’s gangland wars.

According to police, tensions between the Hamzi and Alameddin crime families have claimed the lives of at least 15 people over the past two years.

Mr Amun himself was killed less than a year after being involved in a fight at Ballina Airport.