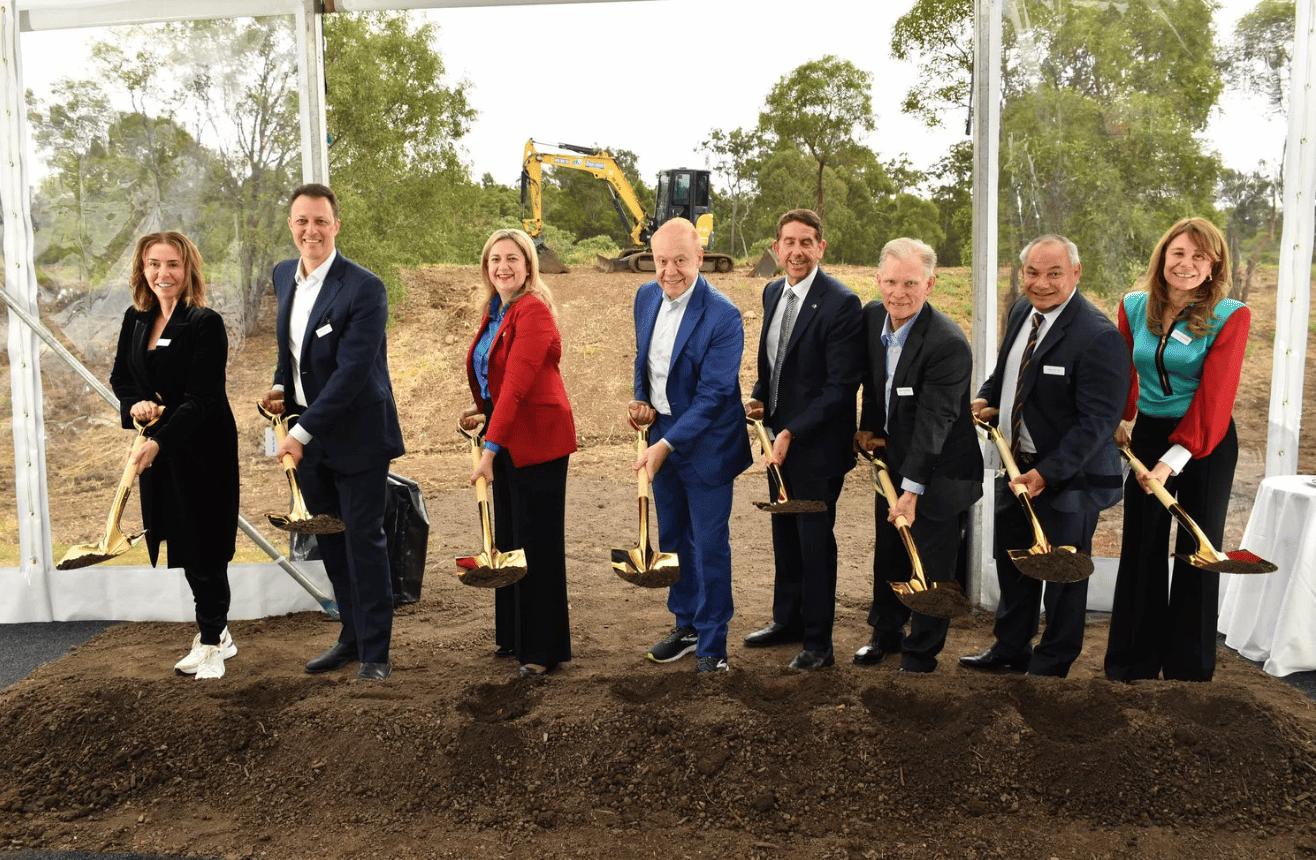 The facility, which is the largest investment ever made by Visy, will process up to 200,000 tons of state glass annually to produce 1 billion bottles per year.

The project represents a major expansion of Visy’s recycling and waste recovery operations in Queensland and builds on a long-term partnership with Asahi Beverages and agreements with its customers Lion, Bundaberg and Coca-Cola.

Scanlan said glass from curbside containers and Containers for Change storage will be recycled once the new facility is complete.

“This will divert up to 40,000 tonnes of glass from landfill, equivalent to 200 million additional recycled beer bottles. It will also independently increase the amount of glass Queensland can process from 140,000 tonnes to 200,000 tonnes per year.

“Recycled glass from the plant will be used to make environmentally friendly bottles and cans for Queensland’s growing food and drink industry.”

Palaszczuk said the project was groundbreaking for Queensland jobs, manufacturing and the environment.

“Queensland is currently a net importer of glass packaging and currently does not produce enough to supply the local market.

“This new facility will not only make Queensland glass packaging self-sufficient, but also make us a net exporter. It will also remove up to 40,000 tons of glass from the landfill.”

Dick said the new facility was part of Visy’s $700 million investment in Queensland.

“Visy’s $700 million investment in Queensland includes not only a $500 million glass and manufacturing facility, but also a new $150 million carton factory in Hemmant and a $48 million upgrade of the materials recovery plant on Gibson Island dollars,” he said.

“And it will ensure that the majority of Queensland’s recycled glass containers from the state’s bin deposit program and kerbside recycling bins will be recycled in Queensland,” Pratt added.

Construction is planned to be completed in 2025.