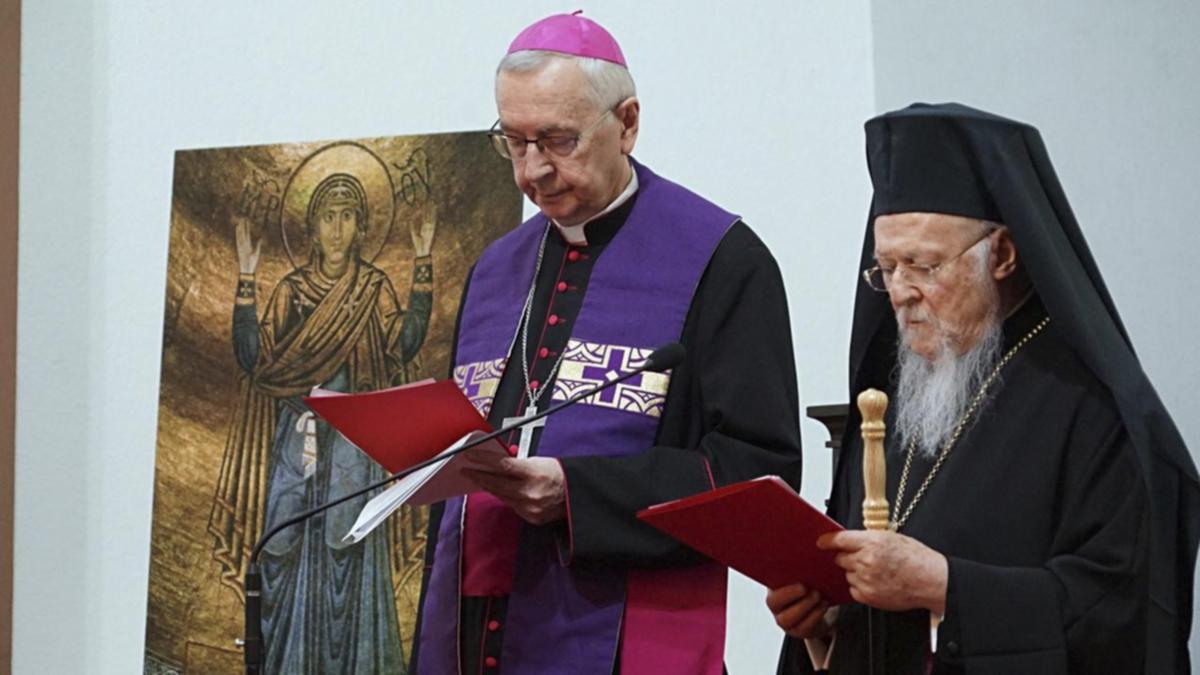 The spiritual leader of the world’s Orthodox Christians has condemned Russia’s invasion of Ukraine as a “brutal” act of great suffering.

Ecumenical Patriarch Bartholomew I did not name Russia by name in comments made during a visit to Warsaw after meeting with Ukrainian refugees. Poland has accepted the largest number of people fleeing the war in Ukraine.

“It is simply impossible to imagine how much destruction this brutal invasion has brought to the Ukrainian people and the world,” Bartholomew said at a briefing. He added that solidarity with Ukrainians “is the only thing that can defeat evil and darkness in the world.”

Bartholomew also met with Archbishop Stanislaw Gadetski, head of the Conference of Bishops of Poland, who went even further in his denunciation of Russian actions, which he said had “signs of genocide.” Unlike Bartholomew, Gadetski called Russia by name.

Gadetski said Russia’s invasion had killed “thousands of innocent people, including” hundreds of children, the elderly, women and men who had nothing to do with the war. “

“Many actions of the aggressor have signs of genocide,” Gadetsky said.

Earlier this month, the Polish church leader called on the head of the Russian Orthodox Church, Patriarch Kirill, to use his influence on Russian President Vladimir Putin to demand an end to the war and the retreat of Russian soldiers.

Bartholomew of Istanbul is considered the “first among equals” among Orthodox patriarchs. Although he is the titular head of the Orthodox Church around the world, other Orthodox leaders – including Cyril – may have more power from their base in countries with larger Orthodox populations.

The population of Ukraine is mostly Orthodox, but is divided between an independent church located in Kiev and another loyal to Cyril in Moscow.

Although Putin justified his invasion of Ukraine in part as a defense of the Moscow-oriented Orthodox Church, leaders of both Ukrainian Orthodox factions harshly condemned the Russian invasion, as did Ukraine’s large Catholic minority.

Bartholomew said it was hard to find words to describe the suffering of the Ukrainians he met in Poland, and referred to Scripture, quoting the prophet Jeremiah: “If my head were a fountain of water, and if my eyes were a fountain of tears, I would weep. all day and night about the murder of my people. “