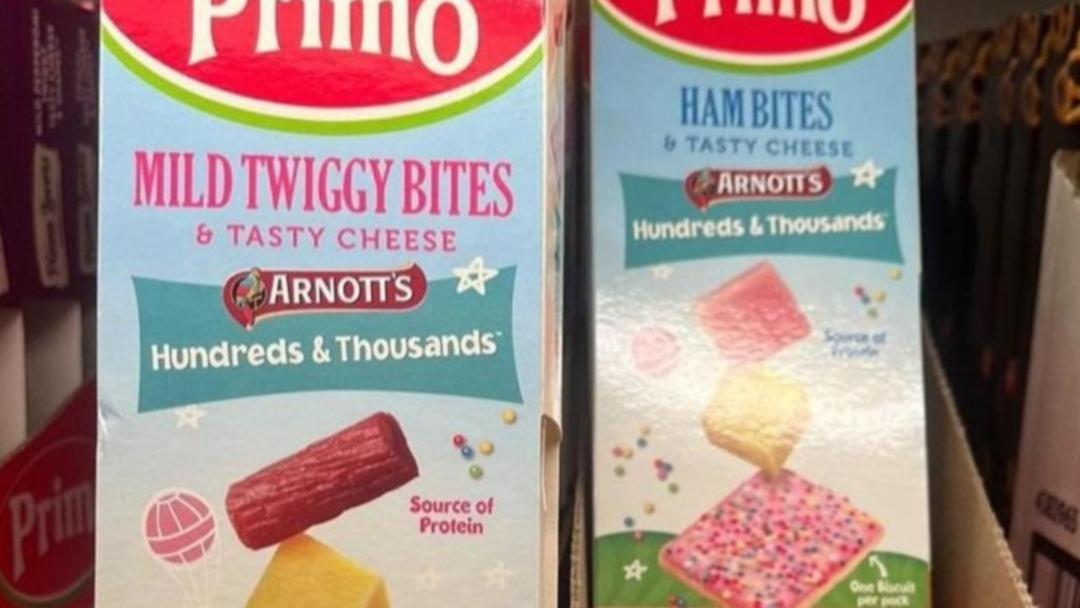 A surprising new snack has hit the shelves of Coles supermarkets, sparking a mixed reaction online.

The Primo brand is a staple in many Australian pantries and fridges, with lunch boxes featuring Twiggy Sticks and cold meats such as ham and salami.

A Coles shopper took to social media on Sunday night to share the brand’s latest venture after seeing it in store for the first time.

“@AlboMP ru I know this is happening under your watch,” wrote a Twitter user.

The snack is available in two flavors with the option of replacing the Twiggy pieces with ham pieces.

Mixed reviews filter through the answers section, with some resentful of the cross-collaboration.

“I’m not a royalist, but even I’m glad the Queen didn’t live to see it,” another Twitter user wrote.

“Sweet baby cheeses! This is an emergency situation in the country,” said a third.

One commenter defended the appetizers, saying it was basically a three-course meal.

“But this is the main thing, the cheese course and the dessert. Pretty much good food,” said a Twitter user.

“The only crime here is that you only get one cookie,” said another.

“We need a royal commission asap,” wrote a third.

Snack packs are sold for $4 each.