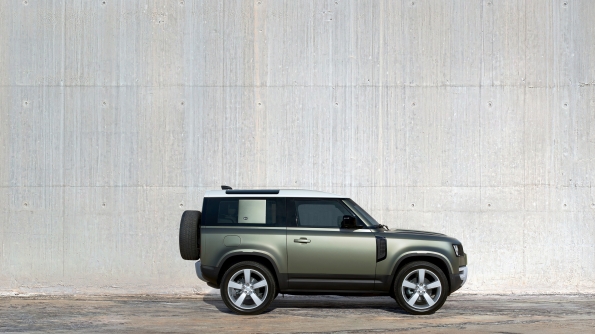 MyDrive | Land Rover – Announced deadlines for the Land Rover Defender 90 First Edition P400 after the successful launch of the Defender 110. The new Defender is the toughest and most capable Land Rover ever produced and provides 21st century connectivity with unlimited off-road performance.

The first Defender 110 models should be delivered to customers from August this year, and Defender 90 First Edition models with three doors and a short wheelbase will arrive in October.

Mark Cameron, Managing Director of Jaguar Land Rover Australia commented: “The compact Defender 90 with a short wheelbase is the perfect vehicle for Australian conditions and joins the 110 as the most powerful and durable family of SUVs in the world. We are thrilled with the interest shown up to 110, and we have a high level of confidence that the new Defender 90 will be just as popular. ”

Since its world premiere at the Frankfurt Motor Show in September 2019, Land Rover has experienced unprecedented demand for the new 4 × 4. More than 1.21 million * people have set up a car on the Land Rover website, and more than half have chosen one of four accessory packages. The Explorer, Adventure, Country and Urban packages give New Defender a number of different personalities.

An extraordinary level of website traffic has also been recorded in Australia: more than 50% of all traffic is accounted for by the new Defender. Customer interest is the highest recorded for any new Land Rover model released in the local market.

Finbar McFaul, Director of Global Product Marketing, Land Rover, said: “We have felt an unprecedented demand for the new Defender 110, and the official presentation of the Defender 90 is sure to boost interest. As the family grows and includes efficient plug-in hybrid transmissions, we look forward to continuing this success. If our experience with the Defender 110 is needed, we can expect more than half of customers to choose from four accessory packages, making New Defender the most equipped and personalized Land Rover we’ve ever produced. ”

The new Defender is the most capable and connected Land Rover to date and can trace its roots to the original 1948 Series I model. The iconic 4 × 4 embraces 21st century technology and introduces the Land Rover Pivi infotainment program, which has an intuitive interface and its own backup battery for continuous response. Advanced on-the-air software updates also provide customers with the benefits of the latest software anytime, anywhere in the world.