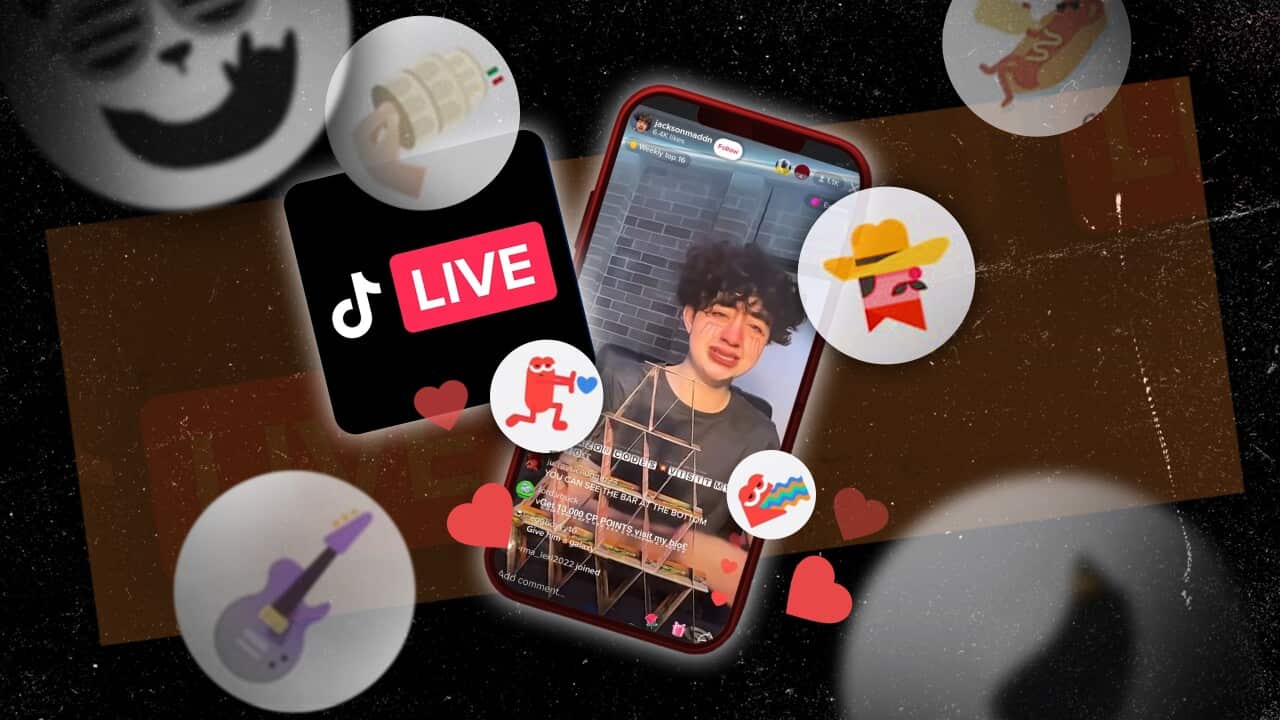 “Send me gifts, send me gifts,” strangers online ask.
Sometimes in the refugee camp they are on their knees, rocking back and forth with their arms folded.

Other times, they play a game or complete some other “culminating” task that they won’t finish until they’re satisfied with the amount of gifts they’ve received.

Gifts, in turn, turn into money.
It’s a scene that will be familiar to users who have been using TikTok long enough.

Asking for money on TikTok, or “begging” for live donations as it’s sometimes called, has raised questions, including: What do we know about the process and how do we decide who should do it?

TikTok users over the age of 16 who have at least 1,000 followers are eligible to “go live.”
Live streaming offers can vary widely. Some creators stream DJ sets, others film themselves applying makeup or playing. Others answer questions asked by viewers in the live chat.
During the live stream, viewers over the age of 18 can send gifts “to show appreciation to their favorite creators,” TikTok says. These virtual gifts are worth real money.
“Gifts” essentially look like pop-up emojis with a symbol like a rose, chili pepper, or even a cob of corn.
Once a streamer receives enough virtual gifts, they accumulate virtual diamonds that can be cashed out via PayPal.

Until December 2019, viewers aged 13 and over could send virtual gifts to their favorite creators.

But after a public outcry that said some teenagers were being “pressured” by prompts to send “gifts” to online characters, TikTok raised the age to 18.
TikTok does not publicly share information on how revenue from live streams is distributed, but a significant percentage of the amount goes to TikTok. Popular creators are rewarded with a larger share of this.
Recent The BBC has revealed that Syrian children in refugee camps have been streaming for hours asking for “gifts” or money.

It turned out that almost 70 percent of the revenue went to TikTok.

Footage from a live TikTok video featuring a Syrian family said to be broadcasting from a refugee camp. credit: Mr. Paddy TikTok

But that’s normal for creators who use apps to generate some income, said Internet expert Crystal Abidin Tape.

Ms Abidin, who is an associate professor at Curtin University in Perth and founder of The TikTok Cultures and Research Network, said: “Anyone who knows anything about social media shouldn’t be surprised that platforms charge less. There’s always a revenue share.

“But there is a question of spirit, whether in the case of specific incidents, such as people broadcasting in war-torn countries, whether the platform wants to suspend its revenue or donate it.”

Who can be called a content creator and not a “beggar”?

After TikTok became aware of streams and videos of Syrian refugees – both adults and children – asking for gifts, the platform removed the “deeply disturbing” material. A number of accounts have since been suspended.
“We have taken prompt and strict action to remove accounts that have violated our Community Guidelines,” TitkTok said in a statement to Tape.
“This type of content is prohibited on our platform and we are further expanding our global policy on exploitative begging.”
Although the community guidelines prohibit “exploitative begging”, no clear definition is given.

But Ms Abidin said the recent discourse opens up a wider conversation about how audiences distinguish between “gift giving” and “charity”.

“It is quite clear that there is racism and color in the way we respond to requests or appeals for charity,” she said.
At the height of the pandemic, Ms Abidin said viewers were much kinder to stranded tourists than international students, despite both streaming similar content on TikTok sharing their experiences of living in poverty.
Ms. Abidin adds that the distinction between “content creation” and “begging” may not be as clear-cut as some might expect. She told Tape there are a number of factors, including cultural differences.
“It’s a sign of respect for the viewer (to kneel in front of them) because you’re addressing the viewer. It’s a sign of humility,” she said, referring to a video of Syrian refugees kneeling for the camera.
Ms Abidin said she had seen similar themes and pleas in videos from other creators who shared their struggles, including videos of homeless families. These videos also feature children, she adds.
Elsewhere, like YouTube, kids often “cry on camera” in internet-famous families when deals fall through.
“Technically, it’s also ‘begging.’ Children are also put in a compromised position to share their vulnerable emotions and seek help,” Ms Abidin said.

“But we don’t call them beggars, people think of it as crowdsourcing or philanthropy or charity.”