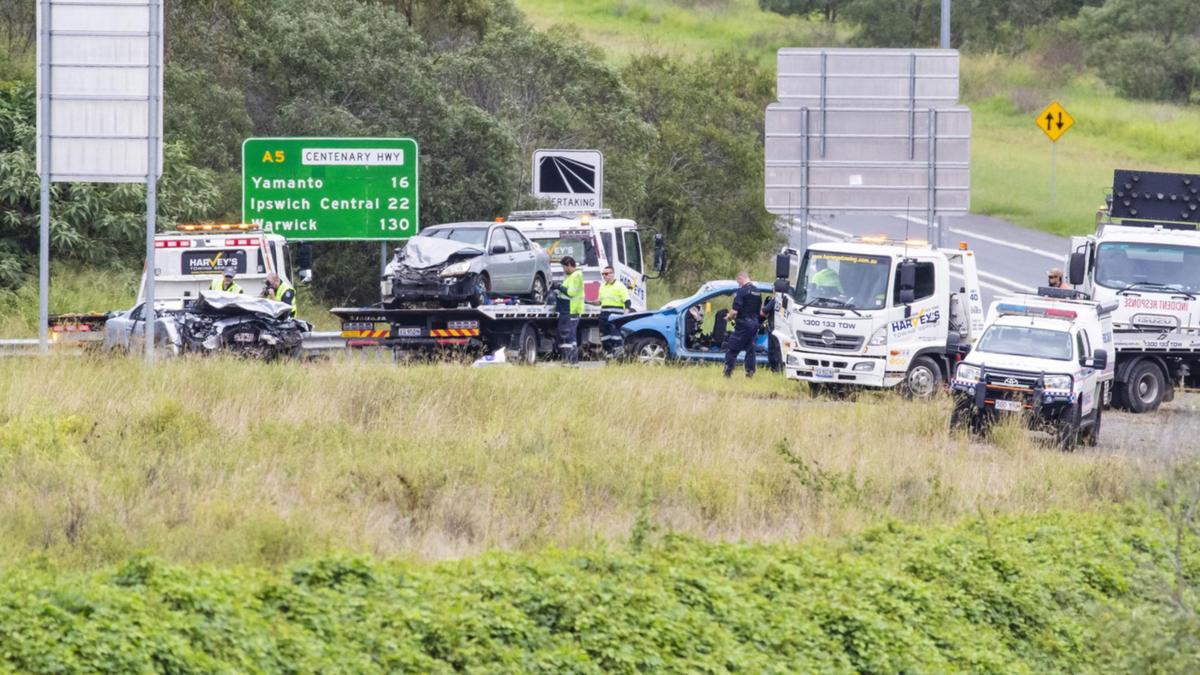 Two men were killed and four others were taken to hospital after a horrific accident southwest of Brisbane on Sunday morning.

The accident caused road chaos on Mother’s Day after around 6.20am the Centennial Highway was closed for most of the day after the three-car accident.

Police are investigating whether a car traveling west had moved to the other side of the road, colliding with two other cars.

A 22-year-old man from Logan, who was driving a Mitsubishi car driving in the west lane, died at the scene.

A 22-year-old passenger of his car was also hospitalized with serious injuries.

A 30-year-old man from Mount Warren Park, who was driving a Mazda, which was driving east, also died at the scene.

Two passengers of his car, a 32-year-old woman and a 28-year-old man, were taken to hospital with serious injuries.

The driver of the third car, a 24-year-old woman, was taken to Ipswich General Hospital in stable condition.

The accident caused the Centenary Highway between Springfield and White Rock to close for seven hours before it reopened.

A Queensland ambulance said it believed the crash occurred when two vehicles collided head-on before a third failed to stop and crashed into the wreckage.

The cause of the accident is being investigated, and the police are asking for a video recorder or witnesses.