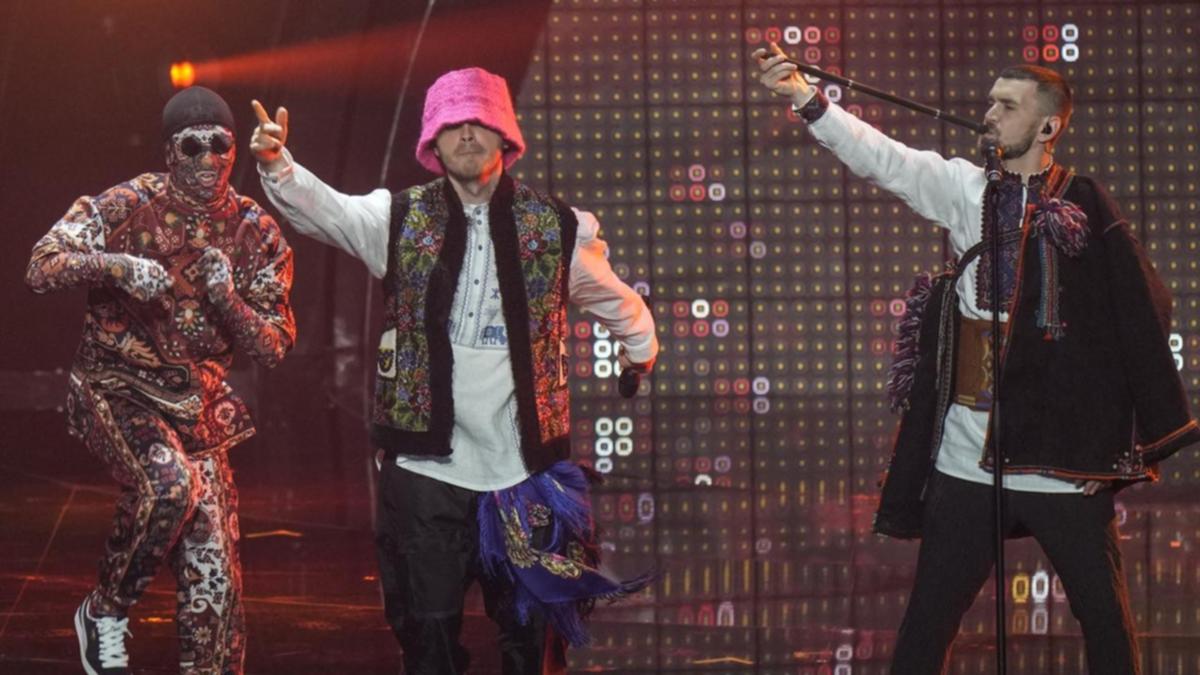 The favorites of “Eurovision” from Ukraine are to take part in the election of the song contest after the members of the Kaluga Orchestra passed in the first semifinal in Turin, Italy.

Ukraine was among the 10 countries that confirmed their participation in Saturday’s Grand Final after 17 countries took the stage on Tuesday.

Eighteen countries, including Australia, will play in the second semifinal on Thursday.

The Kalush orchestra energetically performed the song “Stephanie”, dressed in elegant outfits with long colorful fringes and traditional patterns to secure a place in the finals.

At the end of the performance, the folk rap group thanked everyone for their support of Ukraine.

Radio 1 DJ Scott Mills, who commented for BBC Three, said: “Because of the current situation the band was unable to meet for a rehearsal about six weeks ago.

“Frontman Oleg joked that he does not think that the lack of time for rehearsals will affect their performance, because they are very attractive men.”

The Ukrainian is the favorite to win, as the country continues to resist Russian forces.

The producers of the contest have previously announced that Russia will no longer participate in this year’s contest after Vladimir Putin’s invasion of the war-torn country.

Australian Sheldon Riley will be among the 18 performers in the second semifinal, where he will perform the song Not the Same.

The UK, Spain, Germany, France and Italy do not have to qualify from the semi-finals and gain automatic access to the finals.