USD/JPY is recording its longest stretch of advance since April 2011, rising for nine consecutive days, and the exchange rate could continue to rise in the coming days as the Relative Strength Index (RSI) climbs back into overbought territory.

USD/JPY clears the August 1998 high (147.67) as US Treasury yields climb to new annual highs in October, and the exchange rate could continue to make a series of higher highs and lows over the coming days as long as the RSI holds above 70.

As a result, USD/JPY may try to test August 1990 (151.65) as an update to US Consumer Price Index (CPI) points to sustained price rises and the Federal Reserve may stick with its existing approach to tackling inflation as the central bank warns that “the cost of doing too little to reduce inflation is likely to outweigh the cost of doing too much.”

In turn, USD/JPY could continue to track the positive slope of the 50-day SMA (141.66) as evidence of sharp inflation puts pressure on Federal Open Market Committee (FOMC) is running a very tight policy and the central bank could raise another 75 bps. at the next interest rate decision on November 2, as Summary of Economic Forecasts (SEP) reflect a steeper path for US rates.

Until then, the Fed and the Fed diverge Bank of Japan (BoJ) could keep USD/JPY afloat as a leader Haruhiko Kuroda and Co. are still reluctant to shift gears, while the tilt in retail sentiment looks set to persist as traders have been net-short for most of the year.

The IG Client Sentiment Report (IGCS). shows that only 18.55% of traders are currently net long USD/JPY, with a 4.39 to 1 ratio of short to long traders.

That being said, USD/JPY could continue to appreciate in the coming days as it extends a streak of higher highs and lows from last week and the exchange may try to test August 1990 (151.65) as the RSI climbs back into overbought territory . 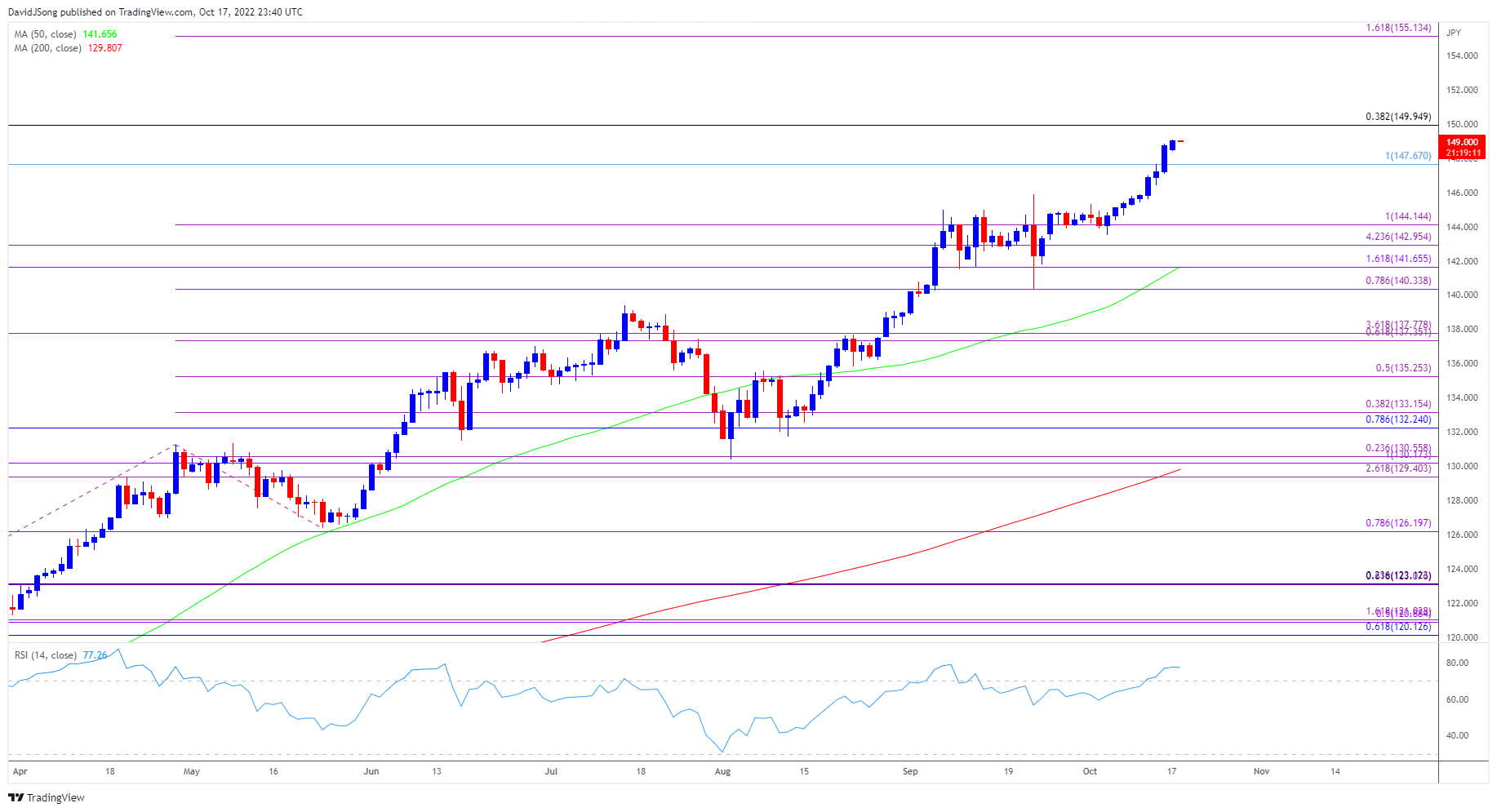