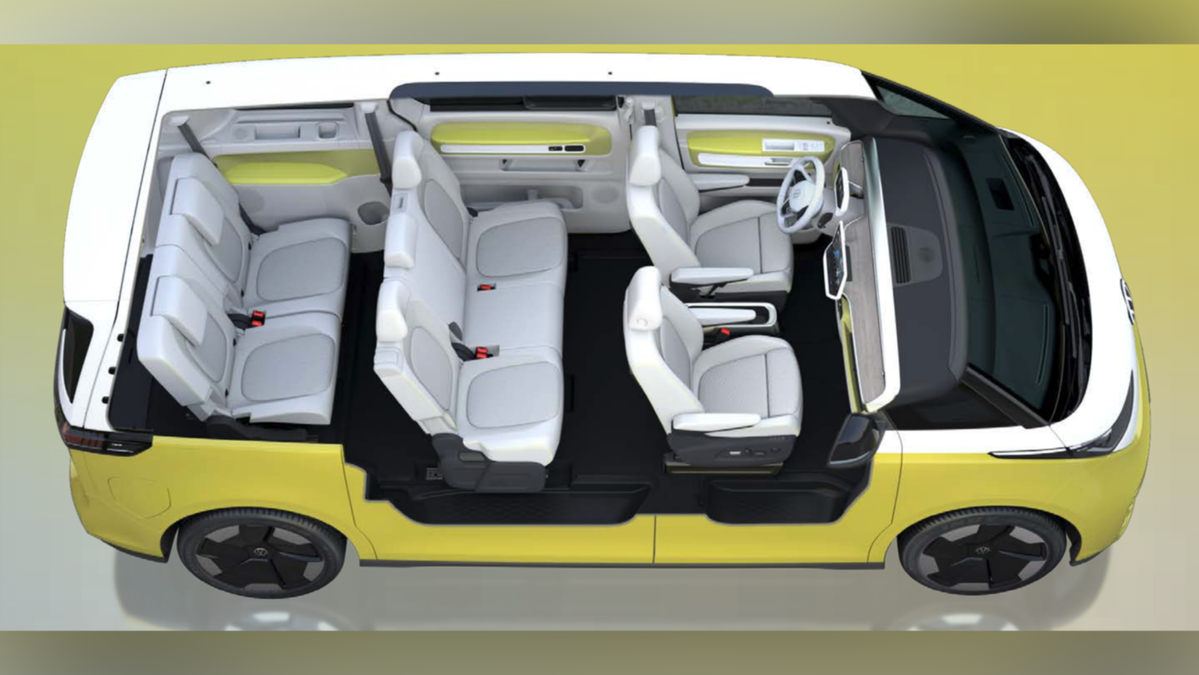 Volkswagen is continuing the legacy of its flexible Kombi, as it will soon have a variant of its all-electric ID. A Buzz van that will meet almost every possible need.

The German automaker has revealed some initial images of the long-wheelbase ID. Buzz and a seven-seater short-wheelbase variant as part of a recent slideshow presentation by Volkswagen Commercial Vehicles to investors.

It also teased part of the upcoming, high-performance steering wheel ID. Buzz GTX, which has been confirmed to be in development back in June of this year.

It teased a long-wheelbase version of the ID. The Buzz will come with all-wheel drive, according to the presentation, without further details.

To date, all versions of ID. Buzz People Mover and ID. The Buzz Cargo van was only available as a short wheelbase with a 150kW/310Nm electric motor in the rear.

It is not yet clear if this is the long-wheelbase all-wheel drive ID. The Buzz variant will use the same twin-motor all-wheel-drive powertrain with the 195kW ID.4 Pro 4Motion or sporty ID. 4 GTX 4Motion with 220 kW, or something completely different.

This is a long-wheelbase Volkswagen ID. The Buzz will be the first model in the North American market and is expected to go on sale sometime in 2024.

Short wheelbase ID teases. The Buzz, with the third row of seats added, shows that it has a typical seven-seat configuration – two in the first row, three in the second row and two in the third row.

It doesn’t look like there’s much trunk space left for the third row in this teased short-wheelbase model, but that shouldn’t be such a problem when the long-wheelbase model also offers seven seats.

As Volkswagen’s head of sales and marketing ID previously noted. the family of Silke Bagschik in June of this year, st the company plans to offer sports versions of all its electric cars, including the ID. Buzzing.

“We will continue to expand this brand and offer a GTX variant for each ID. model in the future – from ID.3 to ID. Buzz,” said Mr. Bagshchik.

The German automaker also said that the ID.4 and ID.5 GTX models “give a hint of the look of other GTX models with new design accents in black and red.”

Despite the serial production of the usual ID. As of May, Volkswagen has yet to set a launch time for Australia – although it is expected soon.

Australia’s Volkswagen Group is keeping the release of its first VW-branded electric vehicles on hold here, partly due to demand in other markets and the lack of emissions standards here. pushing us down the priority queue.

We will likely wait until the end of 2024 at the earliest to see ID. Buzz and his ID. An analogue of the Buzz Cargo van in Australia.

“We’re constantly talking not only to local authorities but also to fleet customers about what our future looks like in terms of electric vehicles, because they’re in high demand and they want to move that way faster. [rather] rather than later,” he said Volkswagen Commercial Vehicles Australia Brand Director Ryan Davies recently.

“Identity card. Cargo is firmly on our radar, and so are IDs. buzzing, [but] Probably the earliest we could foresee is the end of 2024.

“We have big aspirations in terms of the volume of this car, so we’re confident we’ll get it. With what we’ve put on the table, with what we can achieve here in terms of volumes, we think the factory will be very satisfied with that appetite.”