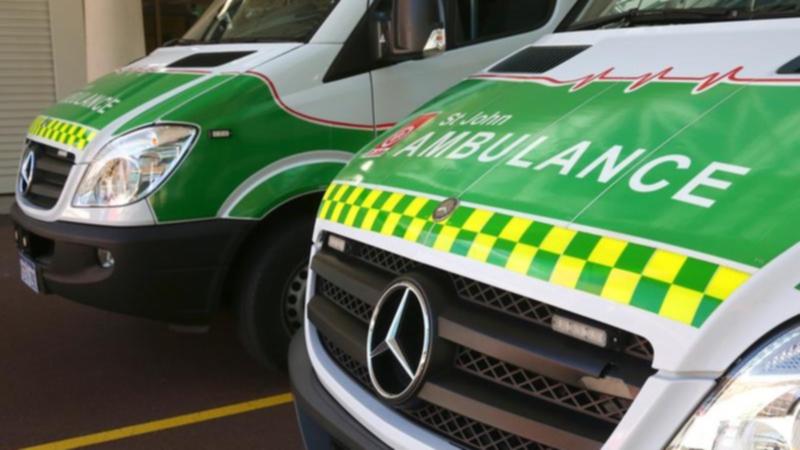 Hours after Perth grandmother Georgina Wilde died alone on her couch waiting for an ambulance to arrive, an elderly man also died on suspicion of a heart attack as the WA ambulance crisis continues.

An 80-year-old man from Bellevue called Triple-0 at 8:15 a.m. Sunday with a complaint of abdominal pain.

He was assigned to three priority patients, meaning the paramedic had to arrive within an hour.

At the time, the man was suffering from chest pain and was transferred to priority, according to Nine News.

When the ambulance finally arrived five minutes later, he was in the middle of what could turn out to be a fatal heart attack, and he died upon arrival at the hospital.

St. John WA confirmed to The West Australian that employees were in contact with the man’s family.

“A formal investigation has been launched and the family has been invited to take part in the process,” a St. John’s spokesman said.

This latest incident occurred when St John WA CEO Michelle Fife is under siege for failing to activate critical worker protocols that allow paramedics who have been exposed to COVID but who have given a negative test to rats continue to work at a time when grandmother from Perth Georgina Wilde asked for help.

Ms. Wilde scored a triple 0 on Sunday around 2.30am, complaining of chest pain.

Two and a half hours later an ambulance arrived, but they were late.

Mrs. Wilde died on the couch with the TV still on.

Senior WA police and health officials will now work in St. John’s to “provide full government weight and full government resources” to help with the availability of ambulance services.

On Tuesday, Mr McGowan announced firefighters would be called in to drive ambulances to address a serious shortage of paramedics across the state.

Mr McGowan said it was “clearly unacceptable” for Western Australians in emergencies to wait hours for ambulances to arrive if the response time to the test was less than 15 minutes.

“We have expressed our concern to St. John about this, and obviously there are a number of meetings between the government and St. John in this regard,” he said.

Earlier this year, a 70-year-old woman suffering from back pain died at a Baselton hospital after being transported by St. John’s.

It is believed that on arrival she was collected “urgently” but was not treated 3 1/2 hours later when she quickly deteriorated and died of suspected heart attack.

Among the many unanswered questions in the case is whether the woman was still under the care of paramedics when she died, and whether these paramedics were qualified or volunteer. The Minister of Health organized an investigation of seven people to find out the essence of the tragedy.

This was followed by the death of a woman from a heart attack in Geraldton while she was waiting for an ambulance that arrived more than 30 minutes, despite the fact that the base was nearby.