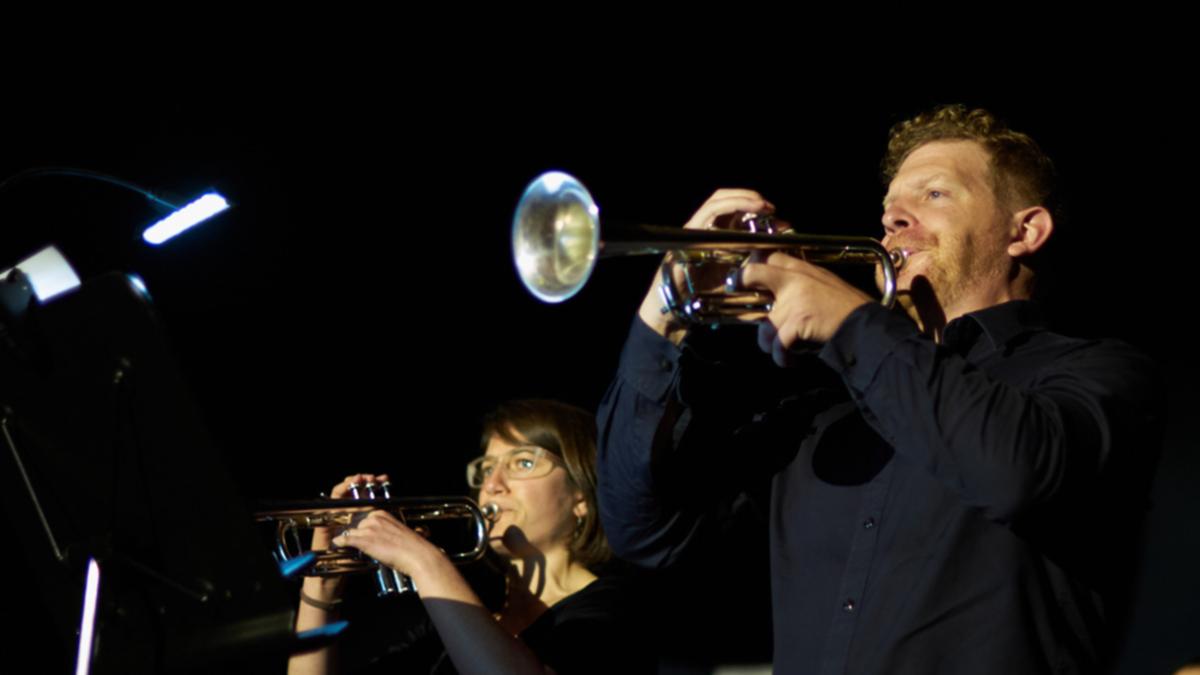 A note of celebration will be heard in the concert hall airwaves when WA Symphony Orchestra Principal Trumpet Brent Grapes plays the world premiere of Nigel Westlake’s Trumpet Concerto on November 11.

Unusually, the action opens with a soloist scene in Intrada dedicated to the late great Paul Goodchild, who was for many years deputy conductor of the Sydney Symphony Orchestra – a role Grapes will rehearse next year.

“For me, it’s the echoes of the Respighi Pines of Rome trumpet solo in the beautiful, lyrical strings on stage and that ethereal trumpet floating,” says Grapes.

It’s a poignant prelude to a piece that the Perth-raised trumpeter clearly admires.

“Westlake is my absolute favorite composer, so when I was asked if I would like to perform a world premiere of his music. . . I’m still pinching myself, says Grapes. “It’s an absolute dream.

“Obviously he does a lot of movie soundtracks, so I like how cinematic his music is, the colors he brings out of the orchestra and the harmonies he uses and the textures he creates.

“He’s a master of using articulation and rhythm to create energy in really interesting, unique ways, so his music always has a really fresh, exciting sound.”

Coincidentally, the Perth-born composer will receive an Australian Screen Award for Outstanding Achievement at the 2022 Screen Music Awards this month, the culmination of a four-decade career.

Grapes worked closely with him in a concert in which the composer listened to Grapes’ recordings of other works.

“He’s just the most wonderful, humble, generous person, he’s been a real joy to work with, the whole process,” says Grapes.

“He understood what my strengths are and what he would like to show in his work.

“It’s really challenging in terms of speed and articulation. It tests the dexterity of the trumpeter, you’re definitely using the full functional range of the instrument, and you’re doing it very quickly.

“But probably the most challenging part is the slow movement, the Adagio, which shows a very vulnerable, lyrical side of the trumpet that I don’t think is often explored. It’s absolutely magical.”

Apart from the intro, the piece follows the traditional structure of fast, slow, then fast movements.

“But he really did a great job of finding that balance between challenging the performer and also writing it well for the instrument.

“It sits very well with the pipe. It’s still hard, but it’s very cleverly done, it’s not hard for the sake of being hard.”

Grapes is moving to Sydney for a year as Associate Trumpet Principal to his former mentor and one-time WASO Principal, David Elton.

He will also retire from teaching at the WA Academy of Performing Arts, where he is Head of Winds.

WASO Principal Conductor Asher Fish, who joined the orchestra right after Grapes 10 years ago, jokes about the transition, but he will clearly be key.

“He’s going to judge, we hate that he’s going, we’re going to make sure he doesn’t get the job,” quips Fish.

“He is one of the stars of the orchestra and we love him. During his years playing in WASO, he made incredible progress. From a small boy from the block, he became the voice of our incredible brass section.”

Vinohrad says it’s due to family circumstances and it’s a very serious test to see how everyone settles down.

“Joining my hometown orchestra is still my dream job. WASO was incredibly supportive, they offered me the time to go and do it.

“They’ve got (assistant principal) Jenna Smith who’s going to come out and she’s just such an incredible player, definitely the most incredible young trumpet player to come out of Australia in a very long time.

“So to have her ready to fill that role in Perth for a year, it just seems like the perfect fit.”