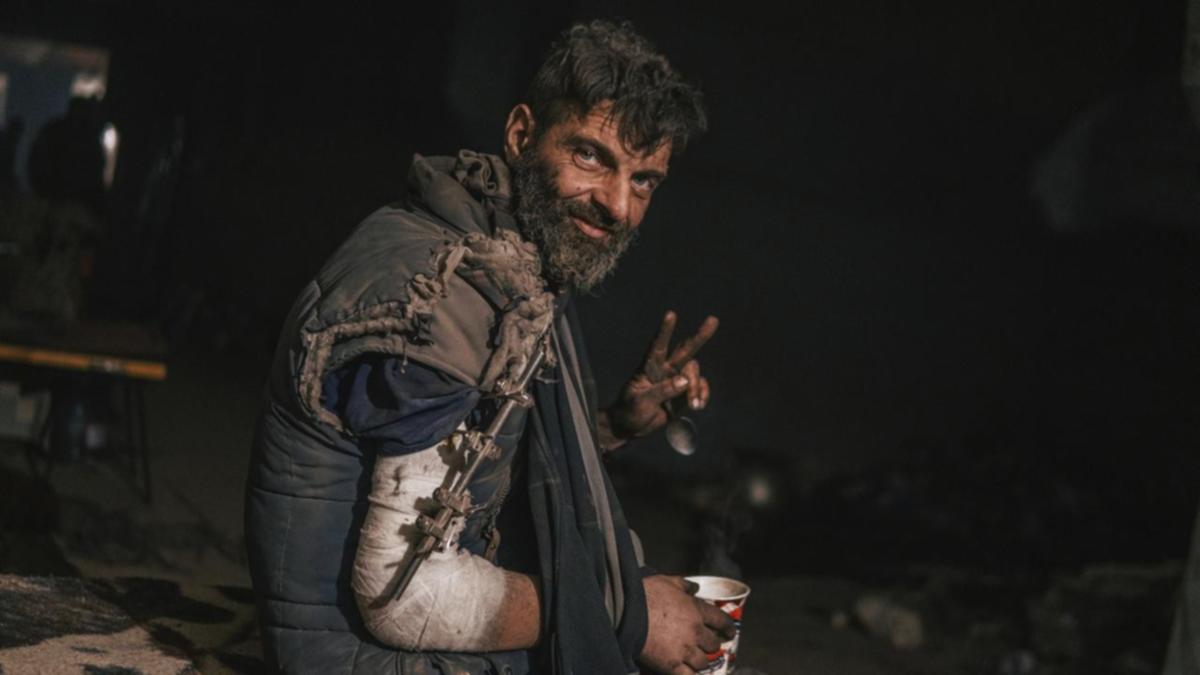 Troops hiding in Ukraine’s last fortress in the besieged port of Mariupol have begun an evacuation, apparently handing over control of Russia’s once prosperous city after months of bombing.

The Deputy Minister of Defense of Ukraine said that 53 wounded servicemen from the metallurgical plant “Azovstal” were taken to a hospital in the Russian-controlled city of Novoazovsk, about 30 kilometers east.

Another 211 people were taken to the town of Olenivka, in a separatist-controlled area controlled by Deputy Defense Minister Anna Malyar.

All evacuees will be subject to a potential prisoner exchange with Russia, she said.

Reuters saw that five buses with soldiers from “Azovstal” arrived in Novoazovsk late Monday. Some of the evacuated servicemen were wounded and taken off the buses on stretchers. It is estimated that there were about 600 servicemen at the metallurgical plant.

“We hope that we will be able to save the lives of our guys,” said Ukrainian President Volodymyr Zelensky in an address in the evening.

“Some of them are seriously injured. They get help. Ukraine needs living Ukrainian heroes. “

The Ukrainian military said it had “ordered the commanders of the units stationed at Azovstal to save the lives of personnel,” and the military there fulfilled its combat mission.

The Ukrainian military says they lasted in Azovstal for 82 days, gaining time for the rest of Ukraine to fight Russian forces and providing the Western weapons needed to counter Russia’s attack.

But the evacuation was probably the end of the longest and bloodiest battle in the Ukrainian war and a significant defeat for Ukraine. Mariupol is in ruins after the Russian siege, which, according to Ukraine, killed tens of thousands of people in the city.

Since Russia launched the invasion in February, the destruction of Mariupol has become a symbol of both Ukraine’s ability to withstand Russia’s invasion and Russia’s readiness to ravage the Ukrainian cities it holds.

The evacuation came hours after Russia said it had agreed to evacuate wounded Ukrainian soldiers to a medical facility in Novoazovsk.

The last defenders of “Azavstal” stayed for weeks in bunkers and tunnels built deep underground. Earlier this month, civilians were evacuated from the plant.

“As for enlargement, including new members, Finland and Sweden, Russia has no problems with these states. Therefore, in this sense, there is no immediate threat to Russia from the expansion of these countries, “Putin said.

These comments seemed to mark a major shift in rhetoric after years of viewing NATO enlargement as a direct threat to Russia’s security, including as a justification for invading Ukraine itself.

However, Putin said NATO enlargement was being used by the United States in an “aggressive” way to worsen an already difficult global security situation, and Russia would respond if the alliance moved weapons or troops.

Finland and Sweden, both non-aligned throughout the Cold War, say they want the protection offered by the NATO treaty, according to which an attack on any member is an attack on everyone.

“We are leaving one era behind and entering a new one,” said Swedish Prime Minister Magdalena Anderson, announcing plans to officially renounce the military status of the non-aligned bloc.

Moscow calls its invasion a “special military operation” to rid Ukraine of the Nazis, which Kyiv and its Western allies consider unfounded grounds for an unprovoked war.

Almost three months ago, Russian invasion forces suffered obvious setbacks, and in late March troops were driven out of the north and outskirts of Kiev. A Ukrainian counterattack in recent days has pushed Russian troops out of the area near Kharkiv, the largest city in the east.

Ukraine’s Defense Ministry said on Monday that troops had advanced to the Russian border, about 40km north of Kharkiv.