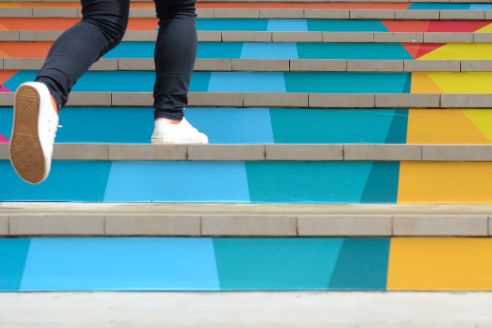 How fast an older person walks – his “walking speed” – has been used as an indicator of health for decades. Whether they can get up quickly from a chair, how long it takes them to cross the room – these are indicators of their physical function.

It makes sense that this is an indicator of health, because walking actually requires a lot of unconscious work; your muscles, brain and nervous system must work together to make this happen. But are only older people showing signs of their health while walking? Maybe not.

In this work, the researchers used data from a long-term study of Dunedin, which observed more than a thousand New Zealanders from birth to 45 years. The latest series of tests conducted by these people measured how fast they walked as a single act. and when performing something that is cognitively complex (pronouncing alternate letters of the alphabet). They also measured 19 different biomarkers – such as cholesterol levels and heart rate – that gave an indication of a person’s biological age as opposed to his or her chronological age.

What does your walk say about your health?

For example, they may be 45 years old, but they have poor biomarkers, making them more like 48-year-olds. The last thing the researchers measured was what old people looked like – verified by an independent group of individuals. Terrible things!

By making all of these measurements, as well as performing each patient’s brain scans and cognitive tests, the researchers were able to compare how fast people walked and how healthy they were. They found that the fastest walkers were the healthiest, and the slowest tended to look older, had poor biomarkers, and had signs of aging in the brain.

Walking speed, previously considered a useful test only for the elderly, can be a quick and useful indicator of how healthy a person is. If you slow down for no particular reason, it may be a sign that you need to go back to exercise or change your diet. Looking in the mirror to see if you look older than you really are also works – though for some it’s a more horrible prospect.