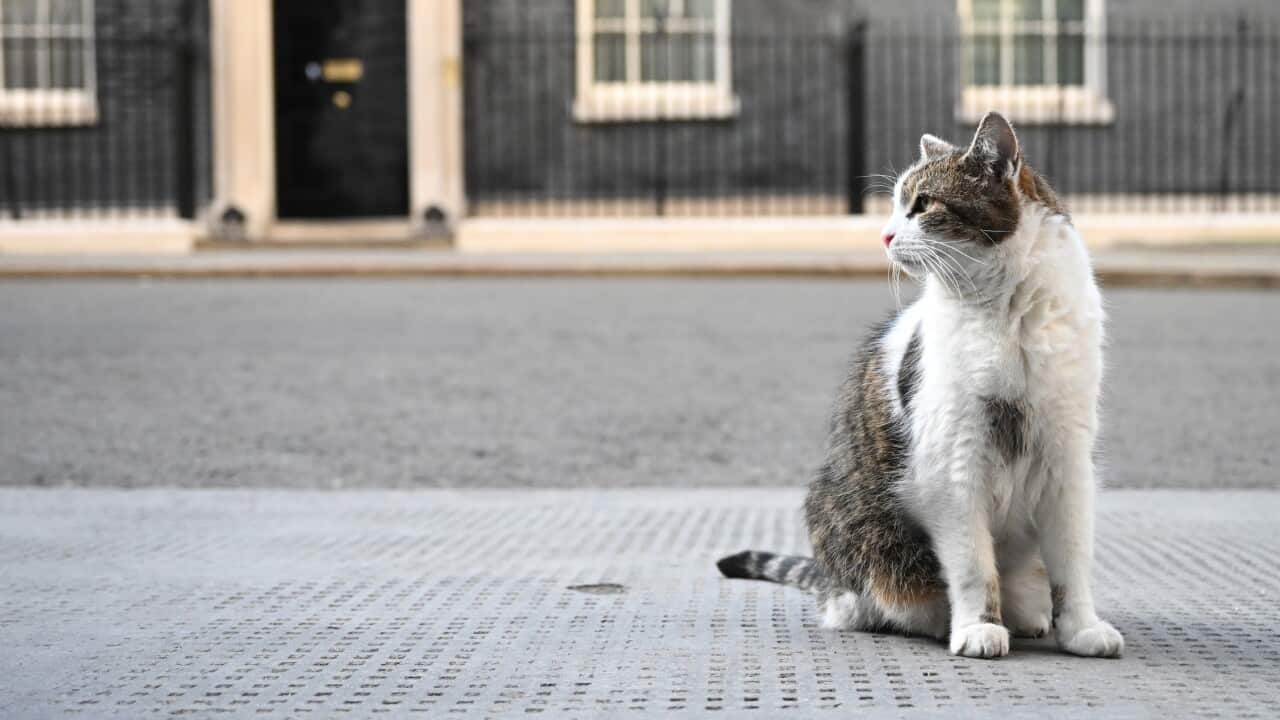 Prime Ministers may come and go, but as the United Kingdom experiences one of its one constant was a formerly homeless cat.
On Tuesday, as The attention of many spectators and journalists was focused on the tabby, who was posing a few meters away from him.

However, it was not just any cat.

Larry, whose official title is Chief of Cabinet Mouser, has lived at 10 Downing Street for 11 years, making him a more permanent member than the last four prime ministers.
Throughout Larry’s tenure, David Cameron, Theresa May,, and now Mr. Sunak was serving as Prime Minister.

So in the dramatic world of British politics, how did Larry the cat become the one constant?

Larry is a brown and white tabby who was chosen by staff at 10 Downing Street and adopted from Battersea Dogs and Cats.

In 2011, he became the first cat at 10 Downing Street to be given the official title of Chief Mouser.

Larry even has his own Twitter account where he regularly posts jokes about UK politics and politicians.

“Rishi Sunak becomes Prime Minister. His family is loaded, so starting tomorrow I have caviar and lobster on the menu,” one of the tweets said.

“Rishi Sunak is on his way to the King; it’s not clear if he will be appointed Prime Minister or if Charles wants to borrow money,” says another.

According to the government website, Larry’s skills have had a “significant impact”.
“Larry spends his days welcoming guests to the home, inspecting security features and testing antique furniture for sleep quality,” the website says.
“His daily duties also include thinking about solving the problem of mouse population in the house.