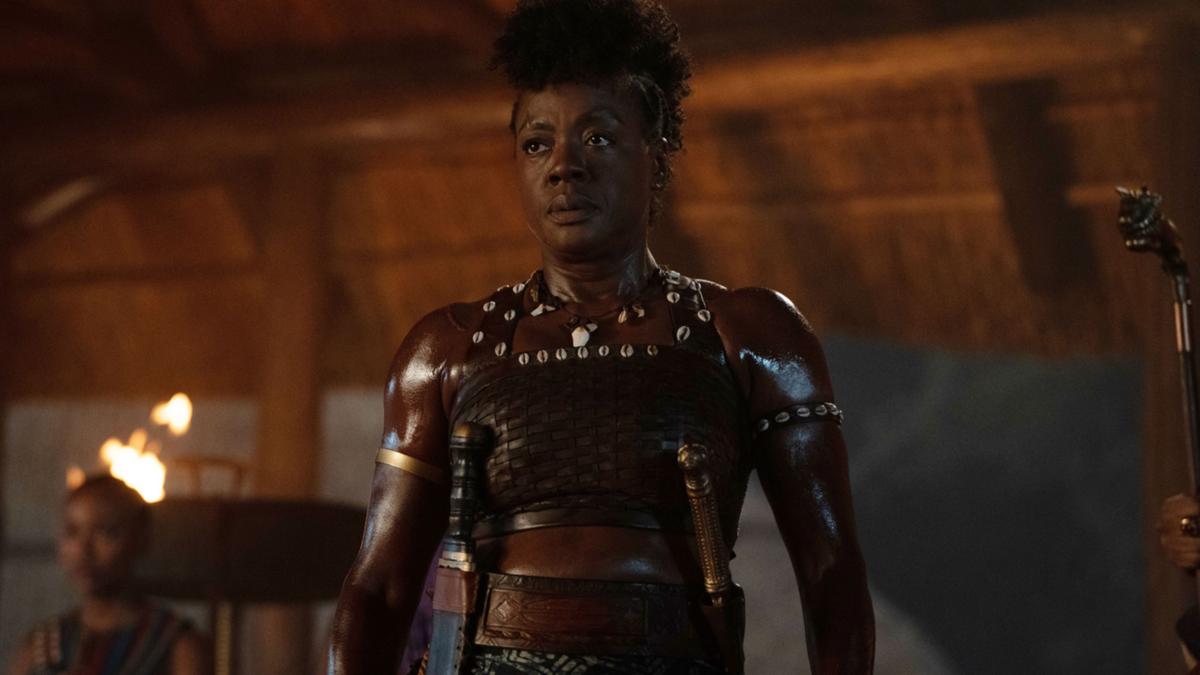 When Viola Davis, sculpted and hardened by months of training, stood for the first time in the full garb of the Agoji warrior women, barefoot on the African sands, it was the culmination of not only a years-long quest to make Woman King, but a lifelong battle.

The Woman King, which hits Australian cinemas on October 27, is a $50 million action epic set in 1820s West Africa about the all-female army of the Kingdom of Dahomey. Made mostly by women and with an almost entirely black cast, it’s very different from anything Hollywood has ever produced.

And as much as The Woman King dramatizes the Agozhis’ brutal struggles, the film represents their own struggles.

“The fight for actors. Struggle for the director. You have to fight for a writer,” said Davis, also a producer, in an interview at the Toronto International Film Festival. “Years and years and years go by and you’re still fighting. You’re struggling on a budget. You fight even for the commercial aspects of the story. You fight for your hair. To fight. To fight. Fight.”

“Anytime you do something new, it takes a warrior spirit,” Davis says. “Now I feel: it was worth it.”

The film, directed by Gina Prince-Bythewood (The Old Guard, Love and Basketball), came as an idea seven years ago after a trip to Africa by Maria Bello, a producer and actor. Fascinated by Agojie’s story, she brought the concept to producer Cathy Shulman, producer of the Oscar-winning film Crash and former head of Women in Film.

Shulman knew the film could be a powerful portrait of female power, but she didn’t anticipate that after Roe v. Wade was overturned, it could serve as a rallying call at a time when many feel women’s rights are under siege.

“There couldn’t be a more important moment for a film about female masculinity, about sisterhood, about the complexity of the female experience, not to mention the physicality of our bodies,” Shulman says.

But the producers and Davis, who was attached to the film from the beginning, had a hard time convincing executives and financiers to finance The King’s Woman with a big enough budget to provide the scale it deserved.

“Braveheart, gladiator, last of the Mohicans. I love these movies,” says Prince-Bythewood. “Now we had a chance to tell our story in this genre.”

A gripping emotional romp that blends visceral drama with action-packed spectacle, The Woman King was met with universal acclaim at its Toronto premiere as something of a different kind. But Hollywood’s calculation of what might appeal to a broad audience has traditionally really meant “will white people watch it?”

The turning point came when Black Panther was released. Ryan Coogler’s film featured a fictionalized version of Agojie, the Dora Milaje, and its massive worldwide gross ($1.3 billion) was a wake-up call for the industry.

“We couldn’t have made The King Woman without Black Panther,” Davis says. “I am eternally grateful to Black Panther.”

To prepare for filming in South Africa, Davis and fellow cast members Tuso Mbedu, Lashana Lynch and Sheila Atim went through a grueling months-long regimen of weightlifting and combat training. The actors later performed their own stunts in the film.

Davis, who at 57 describes herself as the “OG warrior” among her younger peers, says she’s never been prouder of her body: “Not just the way it looked, but the way it served me.”

Lynch, the British actor of No Time to Die, would later be surprised to see himself in the film.

“It’s hard for me to believe that it’s really me,” she says. “It really taught me a lot about what women come with. We have so much to be able to push through the pain and bear children and resist the pressures of the world.’

Written by Dana Stevens, directed by Polly Morgan, and edited by Terrilyn Shropshire, The Woman King was crewed by Prince Bythewood, and most of the department heads were women and people of color.

“It breathes such a nicer set,” Shulman says. “Lack of drama. Greater work-first attitude. Less hierarchy. I just haven’t seen a job that a woman couldn’t do. It was all a mistake.”

Lynch, clearly moved by her experience making The Woman King, witnessed for the first time an action drama set in Africa, set outside the white male gaze. “The Female King will be its own blueprint that I hope filmmakers and studio heads can take as an example,” she says.

Some have been skeptical of The Woman King’s treatment of history. Last month, Project 1619 author Nicole Hanna-Jones tweeted that “it will be interesting to see how a film that seems to glorify Dahomey’s all-female military unit addresses the fact that this kingdom got its wealth from capturing African women for transatlantic trade slaves”.

The Ogoji were indeed a brutal and bloodthirsty army that engaged in slave raids. The Woman King, like most historical epics, takes a certain artistic license. But the slave trade is a central component of his narrative. Shulman says that the 1820s were chosen from the history of the Dahomey kingdom in 1600-1904 precisely against the backdrop of conflict with the more powerful Oyo Empire, as well as increasing pressure from European colonizers for captives.

Davis, for her part, feels like she’s been ready all her life. She started calling The King Woman her “magnum opus” because her production company made it because she fought so hard for it.

It’s an achievement that takes the star back to her original dreams of show business as a young girl growing up in poverty in Rhode Island. Before facing the reality of the film industry, her dreams of cinema were limitless. “This film proves that it is possible,” Davis says. “That there are no limits to my dreams. Actually, I was right.

King Woman is in theaters on October 27.