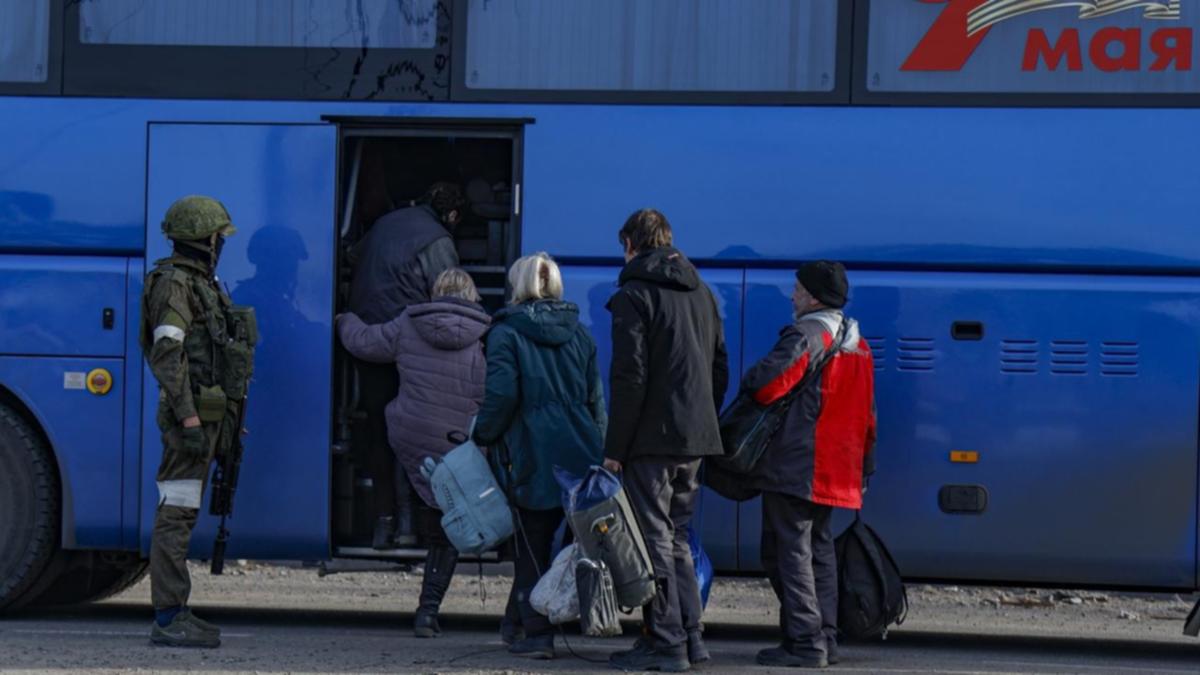 The Deputy Prime Minister of Ukraine said that all women, children and elderly civilians were evacuated from the capital’s Azovstal plant in Mariupol, despite the fact that the military said that Russian attacks on the plant continue.

“This part of the Mariupol humanitarian operation is over,” Deputy Prime Minister Iryna Verashchuk wrote in a telegram on Saturday.

The Soviet-era steel plant, the last to hold back in Mariupol for Ukrainian troops, has become a symbol of resistance to Russia’s wider efforts to seize eastern and southern Ukraine.

Under heavy bombardment, fighters and civilians have been trapped for weeks in deep bunkers and tunnels that cross the area.

Russian forces backed by tanks and artillery again attempted to storm Azovstal on Saturday, Ukraine’s military command said, as part of a brutal assault aimed at ousting the last Ukrainian defenders in a strategic port city on the Sea of ​​Azov.

During the weeks of Russian bombing, Mariupol remained in ruins. Several groups of civilians left the extensive steel complex during pauses in fighting last week.

Earlier on Saturday, Russia’s Interfax news agency, citing Moscow-backed separatists in the Donetsk region of Ukraine, reported that another 50 people had been evacuated from the besieged metallurgical plant.

However, by the afternoon, Reuters journalists had not seen any signs of arriving at the reception center in the separatist-controlled area near Mariupol.

The separatists said a total of 176 civilians had been evacuated from the plant.

The evacuation of civilians from the Azovstal plant, mediated by the United Nations and the International Committee of the Red Cross (ICRC), began last weekend. But within a week they were halted by the resumption of fighting.

Earlier this week, the mayor estimated that 200 civilians were trapped at the plant.

After Saturday’s statement by the Deputy Prime Minister, it was unclear whether there were civilians in the complex.

President Volodymyr Zelensky said in a video message Friday night that Ukraine was also working on diplomatic efforts to rescue fighters who had barricaded themselves inside the metallurgical plant. How many fighters remained there was unclear.

The fighters vowed not to give up. Ukrainian officials fear that Russian forces want to destroy them by Monday, just before Moscow commemorates the Soviet Union’s victory over Nazi Germany in World War II.

President Vladimir Putin declared victory in Mariupol on April 21, ordered the plant closed and called on Ukrainian forces inside to disarm. But later Russia resumed its assault on the plant.